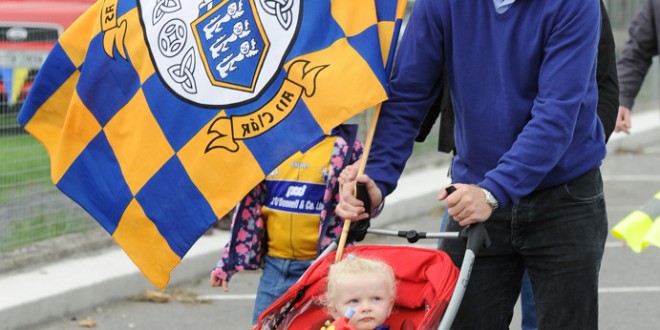 THE Gathering has come to a close and one of the last events held in Clare was at Wolfe Tones GAA Club on December 28 when those involved in the club’s juvenile section in 1988 reunited.

1988 was an amazing year for the club, with huge success on the field, as it won every underage A title in Clare in both hurling and football. The club’s second teams also won a number of titles, while the local camogie club, closely associated with Wolfe Tones also tasted success.

Kathy Hogan had been involved with preparations for the event and said she was very pleased with how it had gone. “People met up who hadn’t seen each other for ages and there were people home who hadn’t been back for years. It was brilliant, absolutely brilliant.”

The Lohan brothers, who would win All Irelands with Clare seven years later were involved in Wolfe Tones underage sides 1n 1988 while Alan Cunningham and Ger Loughnane served as mentors.

Wolfe Tones Chairman John O’Toole said that the success of 1988 was the obvious thing to organise a Gathering event around. “When we thought about the Gathering first we asked ourselves could we think of anything very significant going back and then we said that it was 25 years on from 88 and we put an emphasis on that. We sent invitations all over the place and it was fantastic to see people who hadn’t been at the club for quite a long time, particularly people who were away or abroad. Quite a few people were back, some of them might have been home for Christmas anyway, I’m not going to say it was just for the Gathering, but they were certainly there on the night. We even had one guy there who had seven of his medals in his pocket, that he won that year underage, in both codes.”

He said that the achievements of that year are often brought up in conversation, even today. “Any time you speak to anyone in the club they will remind you of that. It was a hugely significant year for the club and it was the makings of Wolfe Tones in a way, because it was the team to be involved with in the town.”

As well as winning county titles, Wolfe Tones also captured the Féile titles in both hurling and football and the Community Games football title.

Owen Ryan has been a journalist with the Clare Champion since 2007, having previously worked for a number of other regional titles in Limerick, Galway and Cork.
Previous Planning sought for Shannon Church
Next Hail to the High King