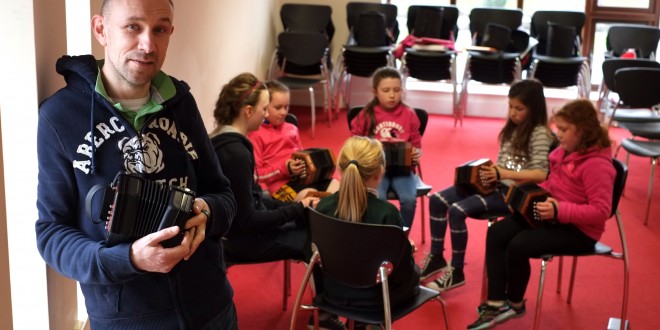 HAD things worked out differently Consairtín 2020 would be going ahead this week in Ennis, but Covid-19 has scuppered those plans.

While the concertina won’t be heard in any public settings around the town, the organisers are putting a ‘virtual concert’ together, which will be going on YouTube and Facebook on Saturday evening.

Among those featuring in it will be Tim Collins and Claire Griffin of Crusheen, Mary MacNamara of Tulla and a number of other musicians.

Áine Hensey is one of the organisers and looking forward to the virtual concert, “Having had to make the decision (to pull Consairtín 2020) we thought it’d be nice to do something, for everybody really, for the musicians who were supposed to be performing and for everyone who was supposed to be coming. We said it’d be nice to put something together.

“Basically what we’ve done, pretty much every one who was due to perform in the concerts over the weekend have recorded a piece in their own homes. Nobody has met up with anybody else or anything like that. There are solo people on their own, some of them are couples who live together and there’s the Egan family in Quin, there
are five of them together and they all play together. They’ve all recorded at home and sent us the stuff. Martin O’Malley in Malbay Studios is working hard putting it all together.”

Technology and social media has really proved its worth since the onset of social distancing, and Áine feels it is keeping people in touch with music. “I’m probably watching more music now than I would under normal circumstances, because there are so many people doing things like this. The Arts Council are involved in a lot of it and Culture Ireland are involved in a lot of it. It’s making people use their imagination and their ingenuity to a huge degree to get this stuff up and running. Technology is fantastic, what would we be like if this happened 20 or 25 years ago? It’d be completely different, wouldn’t it?”