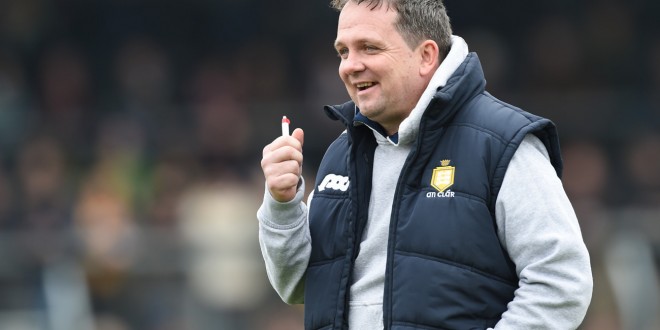 Clare manager Davy Fitzgerald has named an unchanged team for the clash with Limerick. Photograph by John Kelly.

The Clare team to face Limerick in round 2 of the hurling qualifiers is unchanged from that which lined out against Laois in Cusack park last week.  Pat Kelly and Conor McGrath both missed last week’s game due to injury and they are still unavailable while Conor Ryan is also ruled out.

The game throws in at 7p.m. at Thurles on this Saturday evening where it is the third game on a programme that commences at 3p.m. with the meeting of Cork and Limerick in the football qualifier. At 5p.m. Cork will take on Wexford in the hurling qualifier.