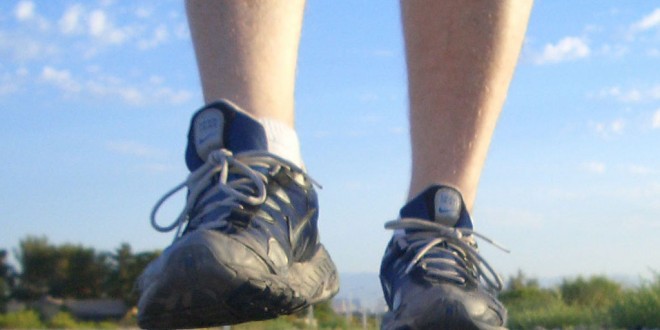 Tulla athletes will not be allowed walk to training.

TULLA Athletics Club has suggested creating a rule that its members “will not walk” to its new proposed training facility and travel to training by car, according to planning documents submitted to Clare County Council.

The proposal was made by the club regarding the athletics club’s application for a new training facility at Creamery Road in Tulla, after the council expressed concern about road safety at the proposed site.

The application, which was submitted by Eugene Conlon, secretary of Tulla Athletics Club, proposes to construct an athletics training facility at Creamery Road in Tulla. The development, if granted, would include an all-weather running track with area lighting, a cross-country running track and a building incorporating a large indoor training area, public toilets, dressing rooms and club rooms. In addition, it would include an effluent treatment system, new entrance from the public road, all with associated site works.

In November last year, the planning authority wrote to the club advising them that it has “serious reservations about the proposed development from a roads safety perspective, particularly in regard to pedestrians walking to and from the site from Tulla town”.

As part of a further information request, the council asked the applicant to submit proposals to extend the footpath from Tulla town to the subject site in order to provide a pedestrian link between the subject site and the town.

In their response to the council’s request, an agent for the club, Pat Hogan stated, “The club presently conduct their winter training in various locations in the village, including the GAA grounds on the R352. Since receiving the further information request, the club have noted that even when there is a footpath available, that people attending training all come and go by car and therefore question the necessity of such a link at this time. The club can include as part of their rules that members using the facility will not walk to the facility.”

It added, “The club understand that the ideal situation is that the development would include a pedestrian link from the existing village but do not see it as a necessity at this time. Furthermore, it would be a major loss to both Tulla and East Clare, in general, if the project fails because of this link.”

They also outlined that the club is investigating the option of relocating a section of the roadside boundary between the village and the site to increase the available road width.
In addressing this point, the club said it wished to point out that Lees Road amenity park in Ennis was granted and is operating without a full pedestrian link.

“No footpaths are provided on large sections of the main access roads from the town, Drumcliff Road and Watery Road,” the club noted.

In its request for further information, the planning authority also asked the club to remove a number of trees within the site to improve visibility at the proposed entrance; it also noted that no provision had been made to facilitate parking of buses or coaches.

Responding to these, the club submitted a report from a tree surgeon relating to the trees being removed. It also submitted a revised site layout to provide two coach parking areas. It outlined that it proposes to include 16 6m-high lighting columns.

Addressing the archaeological impact assessment, the club said, “It is critical that planning be granted for the club to be in a position to apply for sports capital grant funding, which is coming on line in the coming weeks. For this reason, we would ask that you grant permission with a suitable condition relating to archaeological testing.”

Submissions were made by An Taisce and the Department of Arts, Heritage and the Gaeltacht, while a representation was made by Councillor Joe Cooney in favour of the development.

A decision is expected by this Wednesday.

Carol Byrne is a reporter at The Clare Champion newspaper reporting on news in the East Clare area and the arts. She also covers the courts in County Clare and has received seven national awards for this coverage from the Law Society of Ireland and a National Lottery Local Ireland national media award for Best Community Story 2019. A Masters in Journalism graduate of NUI Galway, she also holds a Bachelor of Arts from the University of Limerick in Music and Media Studies, and a Higher Diploma in Irish Legal Studies. She began her career interning at The Limerick Leader and Clare FM, before taking up a full time post at The Clare Champion in 2006.
@@Carlsburn
Previous Commercial vacancy rates increase in Clare
Next Tom Parlon to address builders