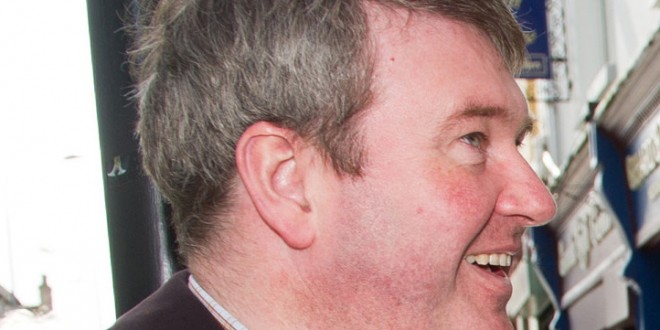 ENNISTYMON’S Martin Conway has retained his Seanad seat making him the only successful Clare candidate in the race.

The Fine Gael member secured 90 first preference votes and was elected to the Administrative Panel on the sixteenth count, on a total of 149,765 ballots.

Senator Conway has been a high-profile member of the Upper House since 2011.

Earlier today, Clare candidate Ann Marie Flanaghan, a social inclusion campaigner, bowed out on the sixth count for the Administrative Panel. Ms Flanagan, a Corofin native, polled 22 first preference votes and was on 25, 306 by count six.

The Ennistymon resident had been nominated by the Living Movement Ireland

In a Tweet following her elimination, Ms Flanagan said: “Very proud of the 1st preference, given I am an un-elected rural independent and female.”

Yesterday (Thursday), both Timmy Dooley, former Fianna Fáil TD and Michael Vaughan, prominent Lahinch hotelier, were eliminated from the race for seats on the Industrial and Commercial Panel.

Fiona McGarry joined The Clare Champion as a reporter after a four-year stint as producer of Morning Focus on Clare FM. Prior to that she worked for various radio, print and online titles, including Newstalk, Maximum Media and The Tuam Herald. Fiona’s media career began in her native Mayo when she joined Midwest Radio. She is the maker of a number of radio documentaries, funded by the Broadcasting Authority of Ireland (BAI). She has also availed of the Simon Cumbers Media Fund to report on development issues supported by Irish Aid in Haiti. She won a Justice Media Award for a short radio series on the work of Bedford Row Project, which supports prisoners and families in the Mid-West. Fiona also teaches on the Journalism programmes at NUI Galway. If you have a story and would like to get in touch with Fiona you can email her at fmcgarry@clarechampion.ie or telephone 065 6864146.
Previous Clare dairy farmers prepare for the worst
Next councillor calls for extra road funding