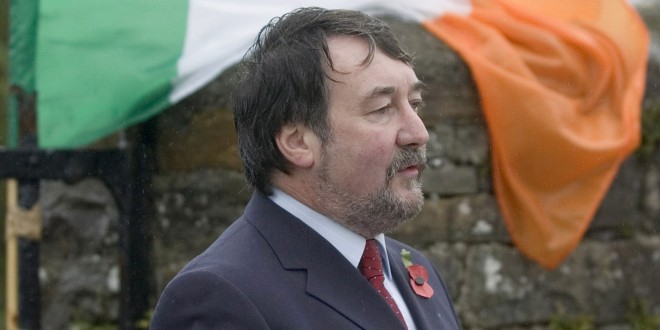 COUNCILLOR Tom Prendeville put forward the last ever motion, in the 129 year history of Kilrush Town Council, at last Thursday’s April monthly meeting. In his speech he accused the West Clare Task Force of talking about but not delivering any jobs in the region.

While the final town council meeting will be held in May, councillors have said that the meeting will be a reflection on the history of local government in Kilrush and will not include motions pertaining to current issues.

In the final motion, which was supported by his eight council colleagues, Councillor Prendeville said that the West Clare Economic Task Force had delivered nothing in terms of job creation.

“The only thing we learned from the West Clare Task Force was that it spent over one hundred hours as a talking shop and yet failed to create even a single job. When was the last time a decent industrial job was created in west Clare by a government agency?,” he queried.

Councillor Prendeville then suggested that politicians are only visible when seeking votes.

“Why are our young people emigrating? And yet you still have career politicians knocking on doors, promising the electorate the sun, moon and stars when they get into power. But the only certainty is that nothing will ever happen to address the jobless problem in rural areas like west Clare. And then we wonder why there is voter apathy,” Councillor Prendeville told the meeting.

In conclusion he suggested that the town council, in one of its last acts, write to Minister Richard Bruton and ask “what conditions he has created and initiatives he has brought forward to help entrepreneurs in west Clare. I guarantee that you will get a ‘fuaireas do litir’ reply,” Councillor Prendeville speculated.

“West Clare for the holidays, Dublin for the jobs!” he stated.

West Clare native Peter O'Connell has worked for The Clare Champion for 12 years and covers everything from sport, especially GAA, news, features and has been even known to branch into the fashion scene on occasion.
@@westclarepage
Previous LIT Ennis campus now recruiting
Next Dooley’s concern over Sky deal with GAA