Home » News » Superintendent on guard for a new challenge 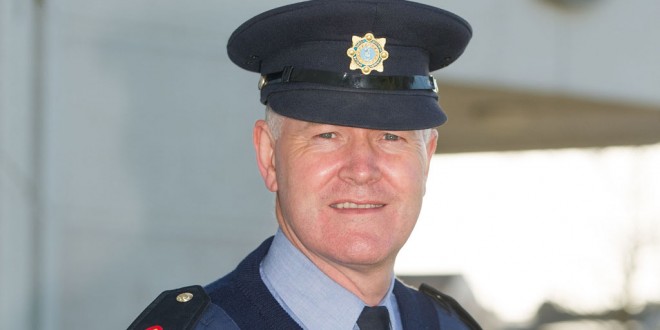 THE newly appointed Kilrush Division Garda Superintendent, Martin McGonnell is still coming to terms with the geographical size of his new beat.

Yet the Monaghan man, who served for 13 years in Donnybrook before moving on to promotion to West Clare, feels that similar policing principles apply in rural and urban settings.

“I think I was in Clare once previously, which a lot of people find surprising considering that it’s such a scenic area. Compared to Dublin, where you might have a lot more incidents but in a much more confined space, it’s a big change.
“To go from Kilrush to Ennistymon is a round trip of around 120km and 140km up to Lisdoonvarna. The distances are huge. It’s a stretch from Loop Head right up to Ballyvaughan. It’s going to take a bit of time and patience to get used to it,” Superintendent McGonnell told The Clare Champion.

“In the Donnybrook area you have 34 embassies, including the British, American and Israeli embassies. They all pose certain security issues and concerns that would be a big part of that area. Plus you have the Aviva Stadium, the RDS, UCD and the University Hospital. You’ve got very well-to-do areas but also you have lesser well-to-do areas.
“Here in Clare, while it’s a country focus, you still have the same concerns. People have the same worries about burglaries, thefts and robberies. Families have the same issues and when fatalities hit, for example, communities are affected big time. Commissioner O’Sullivan talks about a caring and listening police service. I have been up to Ennistymon with the community garda there and, to be fair, they really know the local community. That contact is extremely important and that doesn’t change from urban to rural settings. We’re all community gardaí really,” he maintained.

While serving in Donnybrook, Superintendent McGonnell, whose wife is from Donegal, was in charge of events at the Aviva Stadium and the RDS, while he also liaised with the nearby Islamic Centre and was heavily involved in community policing.

In his short time in Clare he has noticed that text alerts, which are operated by the gardaí in conjunction with local communities, are a huge aid to the force.

“I was up in Lisdoonvarna the other night and anything that can keep you in touch, notify or warn you is extremely important. For instance, just two weekends ago in Lissycasey, there was an incident involving break-ins to cars in a housing estate. The person who contacted the gardaí was sharp enough to note the colour, make and the registration number of the car involved. Resources between Ennis and Kilrush worked together. Those guys are in custody and are before the courts. By you using your eyes, you make us a lot stronger than just us on our own,” he stressed.

He says policing demands in West and North Clare can change overnight if, for example, thousands of people flock to Kilkee, Lahinch, Miltown Malbay or Lisdoonvarna for various festivals or if the weather is good.

“It’s something that the gardaí here manage well and they know what’s expected of them. The relationships between the locals and the gardaí are pretty good. You have to acknowledge that the lads here know what they’re doing and they’re well used to it. I’m only here two weeks but from what I’ve seen, there are some very committed people who are really focused on doing their job,” he said.

The father of two accepts that the force’s public perception has been damaged somewhat in recent years but believes the gardaí are regaining lost ground.

“There is no doubt about it, we certainly have taken a number of hits. But I think you have to keep focused on the positives. The Commissioner has said we have to change and there is a huge amount of good work being done. Members are going about their work in a professional manner and are engaging with the public. For a period there we were probably stuck on a page. But I think we’ve turned those pages and hopefully we’ll move forward and do it better. From my perspective, we acknowledge what has been wrong and we try to fix that. When you have a new Commissioner and very strong leadership, along with the announcement of the two new deputies, which will be announced probably at the end of March, that will give us the stability and the platform to move on,” he predicted.
Far away from Ireland, Superintendent McGonnell has served with the UN in Yugoslavia (1992/1993) and in Somalia for almost six months in 1994.

“It was hair-raising,” he said of his time in the Somali capital, Mogadishu. “It was a fantastic city, very cultured and very developed. Then it just went up,” the NUI Maynooth graduate said.

While in East Africa, the Kilrush superintendent lived in the university complex and along with his colleagues, used his ingenuity to cadge a secure lift to the port.

“The Canadians used to run the helicopter shifts. We had to go down with a bottle of Paddy to them so instead of going by road, we’d go down, give a nod and hop on the helicopter. The Irish use our contacts and engage with people. That’s what we do,” he smiled.

“Being away gave you a great understanding of different cultures. I think when you’re working with different people, it does help you,” he maintained.

When off duty in the coming weeks, Superintendent McGonnell might be spotted walking in West or North Clare. He is well aware that there is plenty of choice in that regard.

“I’m told that there are amazing walks in West and North Clare,” he noted. 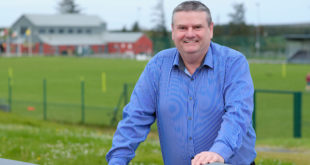