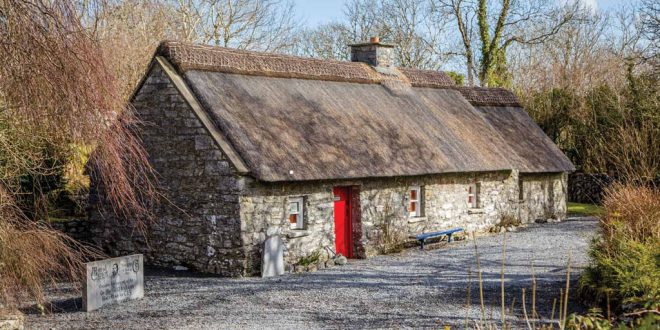 A monument to Michael Cusack is to be erected in Ennis at the home of Clare GAA. Planning permission has been granted to the Clare County Board to install a statue over 2m high at the entrance to Cusack Park depicting Michael Cusack.

Drawings submitted to the planning authority show that as well as depicting Michael Cusack himself, there are also plans to feature images relating to the GAA, such as a hurley, sliotar, football and GAA symbol on the statue. The total height of the planned monument will be 2.44m, including the plinth.

No submissions were received by the planning authority in relation to the application. During the application process, the planning office raised concerns about the possibility of “ad hoc” development and the need for a design concept for the overall entrance area.

According to the planner’s report, “There is no objection in principle to the provision of sculpture at various locations in the town. Indeed, such pieces of art can make a very positive contribution to the public realm and way finding. However, any proposal for installation of civic art or other work should be subject to an overall design concept for the space in which they are located, so as to avoid ad hoc, random and unplanned development.

“The proposed development appears to be ad hoc, in that it is not accompanied by comprehensive design for the overall entrance area to the park. Such a comprehensive design prepared by a suitably qualified designer would have the potential to transform the interface between the GAA grounds and the public footpath, in a manner befitting its important role in the sporting and social life of the town and county.”

However, the senior planner recommended that the application be given the go-ahead, stating the proposed development is acceptable and would not detract from amenities in the area given the mix of developments in the vicinity.

“Whilst a comprehensive development of the entrance to the grounds would be desirable, I consider in this instance the proposal would not prejudice any future proposals for same and given that the proposal is for one statue would be acceptable,” the senior planner added.