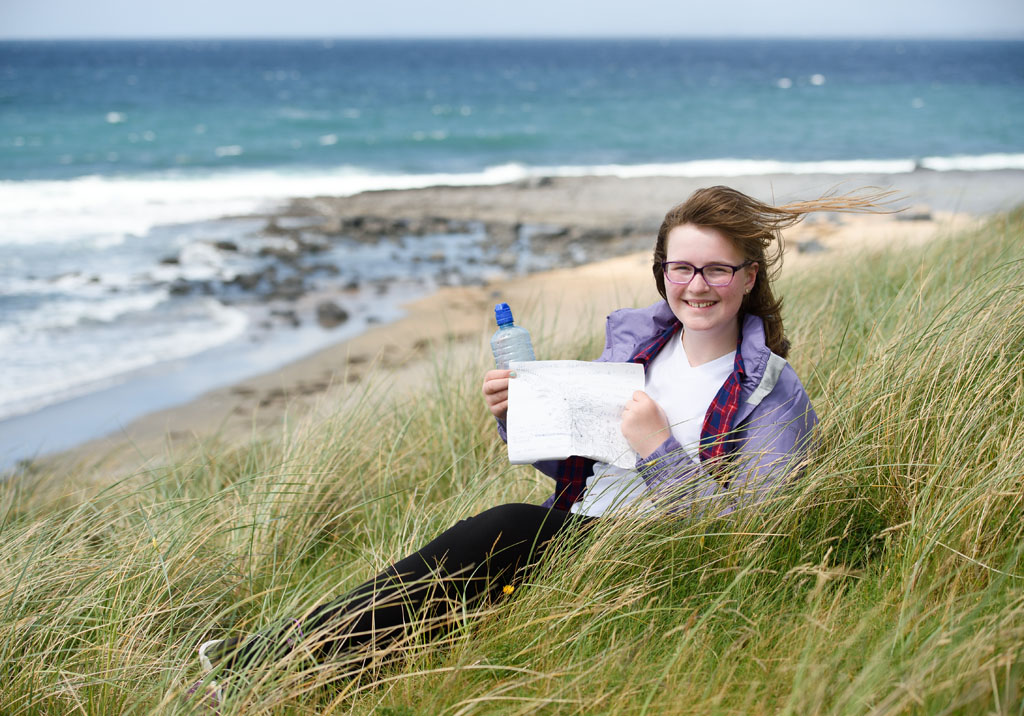 Ennis girl Sophie Rynne, who found a message in a bottle on Fanore beach while on holidays. Photograph by John Kelly.

AN Ennis girl who was holidaying in Fanore recently got more than she bargained for as she was on an expedition to find interesting items on the beach, while on holidays.

Sophie Rynne was walking along the beach in Fanore with her mother, Priscilla, searching for something rather unusual, a mermaid’s purse, but uncovered another curious item in the process.

“We were looking for a mermaid’s purse. It’s the egg case of a dogfish, which is part of the shark family,” she said.

They had found one on the beach in 2010 and have been on the look-out for one again.However, on this occasion, they spotted something else altogether, a plastic bottle with what looked like a note inside.

“I said, ‘oh is that a message in the bottle’. I said I’ll walk over and see what it was. We saw there was something rolled up inside it. We weren’t sure and it looked like one of those colouring sheets. It had been rolled tight and was inside a plastic bag. We cut open the bottle and we saw there’s writing,” Sophie said.

She said she was so excited. They initially thought, given the current, that it could have originated in America but realised it was a Ballygowan bottle, so was probably from Ireland.
When they opened the message, it read, “We are the Mullane Six. We live in Dublin. If you find this bottle, please send us an email”.

Sophie contacted the family, who explained that they had placed the bottle in the water at Ballymoney, in North Wexford, where they were visiting a relative.They had expected it to land somewhere in the UK and hadn’t thought it would reach the other side of Ireland altogether.

Sophie explained that the bottle had been released a month previously.

“The bottle didn’t look very weathered. It was found a month later but it could have been on the beach for a while. It was really exciting. We never in our entire time found anything like that,” she said.

The excitement didn’t end there for Sophie and, later that day, she found a mermaid’s purse.
“It was wrapped up in seaweed. I was very excited to find it,” she said.

Since finding the bottle, Sophie has been emailing the family and it looks likely that she will keep in touch as a pen pal with one of the younger members of the Mullane Six.

Sophie Rynne from Ennis found a message in a bottle on Fanore beach.
Previous Clare let glorious opportunity slip
Next Stamp to mark Battle of Messines 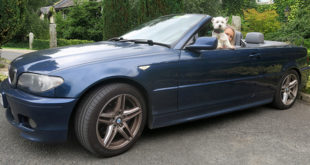