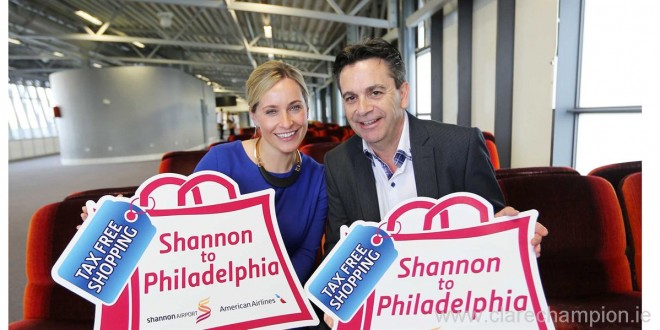 The combined American Airlines and US Airways airline has this Monday launched its first service at Shannon Airport following the airlines’ merger last year with the recommencement of the seasonal
summer service to Philadelphia Airport.

The service, which runs until September 2, returns after its successful launch for the 2013 summer season under the US Airways flag.

The route will complement additional US services from Shannon to Boston,
Chicago, Newark and JFK New York Airports this summer.

Philadelphia is also significant addition to the summer season schedule at Shannon as it is one of the merged airline’s leading hub airports, offering connections to well over 100 destinations across 25 countries, including the US, Canada, Mexico, Central America and the Caribbean.
Passengers flying from Shannon also have the benefit of availing of US Customs and Border Protection preclearance, avoiding delays on arrival in the US. Shannon in 2009 became the first airport outside North America to secure US preclearance services.