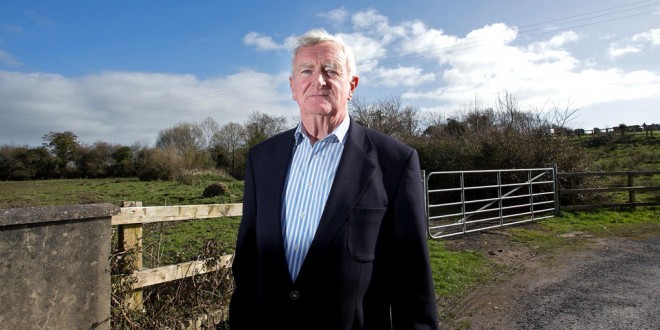 WHILE the road seemed set for the development of a crematorium at Illaunmanagh, after Clare County Council voted to dispose of a site to Jim Cranwell, local residents are now seeking an emergency meeting of the council to put the brakes on.

Local councillors PJ Ryan and Pat McMahon previously voted in favour of allowing the disposal of the site but have now reconsidered and said they would favour an emergency meeting of the local authority.

A public meeting regarding the crematorium was held at the Oakwood Arms last Wednesday night and Michelle Hayes of Gleann an Óir said many locals had not even been aware that the development of a crematorium was back on the agenda.

“Nobody in the town knew it was going ahead again or asked how they felt about it. A lot of the residents said no-one had come near them and asked were they in favour or not? People said that only for I had gone on the radio about it, no-one would have known.”

She said she holds concerns about having the facility close to a residential area and close to a number of sports facilities.

“I have four small children. One of them is involved in the athletics club, one with Wolfe Tones and there are hundreds of children playing in the pitches around there. With the treatment plant, depending on what way the wind is blowing, there’s a smell coming off of that, there’s the Smithstown Industrial Estate, the Shannon Industrial Estate and Shannon Airport and the emissions coming from all of them. We’re not against the crematorium, it’s where they’re putting it, right up beside the fields. There are lovely river walks there and allotments where people grow their vegetables. Parking can be tight enough there at the weekends when matches are on; it can be hard enough to get up to the graveyard.”

Only last summer, the county council voted not to sell the subject site, before a u-turn in recent weeks. Ms Hayes said there is no reason that things cannot change again.

“The way we look at it, if they can change their minds so quickly to sell it, why can’t they revisit it for us? The residents weren’t surveyed and a lot of people said to me they didn’t even know about it going ahead. At the end of the day we’re the people in the town, we live here.”

“It turned out to be a very emotive meeting altogether. A guy that I knew very well was sitting down in the crowd. He said he lost his wife a few months ago and this is outside my door; every time I look out I’d see a hearse and coffin outside. Another said they have three small children and she didn’t want to be explaining to them that bodies were going in there to be burned. A guy stood up, he obviously had a scientific background and he said there was going to be mercury emitted from the stacks of the crematorium, which would be detrimental to people’s health, especially pregnant women. When you hear those kinds of things, it’d give you a jolt. I said that I’d go along with a proposal to call an emergency meeting of Clare County Council, revisit the situation and see what could be done about it.”

Councillor McMahon said it was the first time it was made clear to him that there was a problem.

“Up to that point in time I heard no criticism whatsoever, not even one complaint. My angle was that for people going to Cork and Dublin while grieving, it’d be better to go to Shannon.”

He said the meeting was attended by “very genuine people with genuine concerns”.