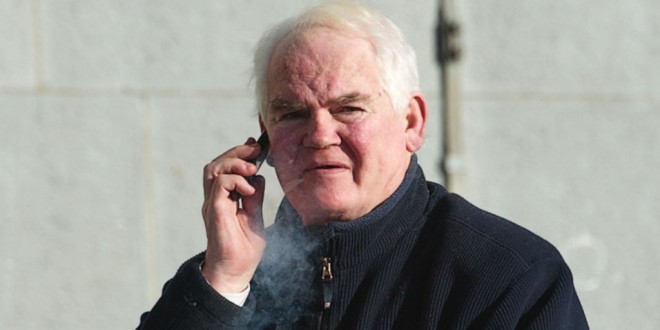 A 71-year-old man has been returned to prison for one year following a finding by the Court of Appeal that his two-year prison sentence for indecently assaulting two boys in the 1980s was too lenient.

However, in its decision delivered today (Tuesday), the court found that the maximum penalty for indecently assaulting a male in the 1980s was two years in prison and not 10, as had been suggested.

James (Tony) Maher of Clonroad Beg, Ennis, had pleaded guilty to 18 sample counts of indecently assaulting two boys in the county between January 1982 and April 1985.

He was sentenced to two years imprisonment on each count to run concurrently by Judge Carroll Moran at Ennis Circuit Criminal Court on January 14 2013.

The Director of Public Prosecutions successfully applied for a review of Maher’s sentence on grounds that it was unduly lenient. The Court of Appeal agreed and increased Maher’s sentence by one year.

President of the Court of Appeal Mr Justice Seán Ryan said the DPP’s appeal “must succeed”. Unless there was some element of consecutive sentences then the sentence was going to be inadequate, he said.

Mr Justice Ryan said Maher’s crimes involved the calculated exploitation of young boys over a long period. He said Maher’s barrister, Andrew Sexton SC, was “entirely correct” in that the discretion of imposing consecutive sentences was exercised by the courts “sparingly”.

He said Maher had served the sentence that was originally imposed on him and he now faced a return to prison. He has had that hanging over him, Mr Justice Ryan said and the court was conscious of the anxiety that was attendant on those circumstances.

The Court of Appeal found against the DPP in one of its ground of appeal.

Counsel for the DPP, Anne-Marie Lawlor BL, had submitted that the maximum penalty applicable for Maher’s offence should have been 10 years imprisonment and not two.

The court heard that the offence of indecent assault had an “unusual legislative history” carrying different sentencing provisions depending on the gender of the victim until 1981.

Those sentencing provisions remained until 1981 when the maximum penalty was “constitutionally equalised” to become 10 years imprisonment for indecently assaulting either a male or female.

The situation was clarified in a 2007 judgment by Ms Justice Mary Laffoy, which directed that the penalty for indecently assaulting a male cannot be greater than that provided for the same offence committed against a female.

Ms Justice Laffoy had held that different penalty provisions were unconstitutional because one cannot explain why there was a greater penalty for an offence committed against a male as opposed to a female as had been the case prior to 1981.

He said a wholly unintended and unexpected result had come about whereby the maximum penalty for the offence of indecent assault on a male was two years imprisonment and not 10.

That was a “somewhat anomalous and unintended consequence,” Mr Justice Ryan
said “but that is the fact”.

Ms Lawlor said she wished to flag to the court the possibility that the Director would appeal the court’s decision. Application for such an appeal must be made to the Supreme Court.

Accused of raping teenager 27 years ago