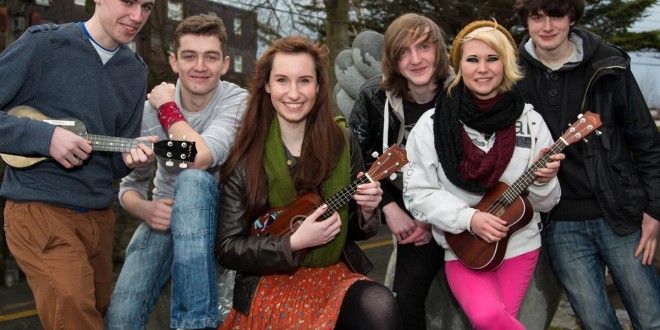 The little instrument has seen a recent rise in popularity especially with the young people of Ennis.

James explained, “We took in upon ourselves to take several individuals who don’t necessarily have musical background and teach them a new, fun instrument.”

The idea was met with great enthusiasm with the first full intake of students signing up within a week of the project been announced.

The group is made up of beginners that have been learning the instrument over the last five weeks, and the event which takes place on the bandstand in the Market from 1pm on St Patrick’s Day will be the orchestra’s first outing as The Clare Youth Service Youth Ukulele Orchestra.

The Ennis Music Project will also be showcasing their talents on the day with eight acts, including Paper Chains, Purple Electric and Bubba Jay performing between 1pm and 4pm.

Further information can be found on www.facebook.com/ennismusicproject .

Previous Keeping safe around your pet
Next €5,000 good reasons to study science