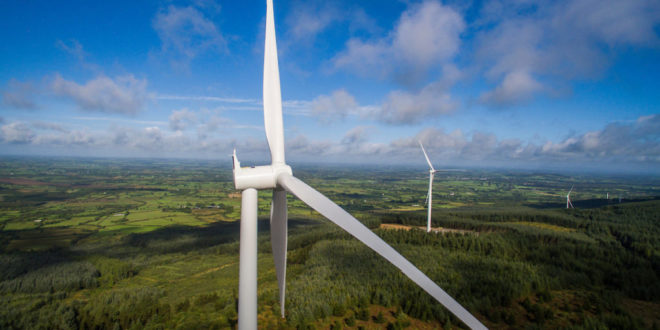 PLANNING permission is being sought for a renewable energy development close to Miltown Malbay and Ennistymon.

The proposed development, approximately 5km Miltown Malbay and 7km from Ennistymon, would consist of up to eight wind turbines with a height of up to 175 metres. According to the application, which was made by Slieveacurry Limited and is with Clare County Council, the development would encompass the townlands of Glendine North, Fahanlunaghta More, Curraghodea, Letterkelly, Cloghaun More, Cloghaun beg, Silverhill, Doonsallagh East, Shanavogh East and Knockalassa.

As well as the turbines there would be a meteorological mast, that could be up to 110 metres high.

There would also be underground cabling connecting the turbines to an existing 110kV substation in Knocklassa. The substation would be extended also while there would be an upgrade of access junctions and existing tracks and roads. An impact assessment included with the applications states, “It is proposed to access the site of the proposed development via the R460 Regional Road, which travels in a northeast-southwest direction between Gort and Miltown Malbay.”

Regarding the existing site, it says, “Current land use on the subject site comprises coniferous forestry, agriculture and turbary. Land use in the wider landscape comprises a mix of agriculture, low density housing, wind farms and commercial forestry.”

It states the development would have an operational life of 30 years from the date of commissioning. Regarding the turbines, the document says, “Each wind turbine is secured to a reinforced concrete foundation that is installed below the finished ground level.

“The size of the foundation will be dictated by the turbine manufacturer, and the final turbine selection will be the subject of a competitive tender process.

“Different turbine manufacturers use different shaped turbine foundations, ranging from circular to hexagonal and square, depending on the requirements of the final turbine supplier.”

In connection with the construction phase, it says that a temporary compound of around 2,305 square metres would be developed, with another smaller one of 800 square metres.

Trees will have to be removed if it is to go ahead, it states, as some of the proposed wind farm and grid connection route is occupied by commercial forestry. This tree felling would occur in any event, as the plantation is a commercial venture and is necessary to facilitate firstly construction of the windfarm and also to mitigate turbulence “Turbulence felling will be required in the vicinity of turbine locations, the purpose of which is to avoid turbulence that can be created by the forest canopy and which can affect the performance and efficiency of the turbines.”

It claimed that the impact on other developments in the area, including houses, would be confined to the construction phase of the project.

Owen Ryan has been a journalist with the Clare Champion since 2007, having previously worked for a number of other regional titles in Limerick, Galway and Cork.
Previous Springfield Residents Welcome Flood Protection Boost
Next Kelly Masterclass As Lohan’s Banner Banish Davy’s Wexford