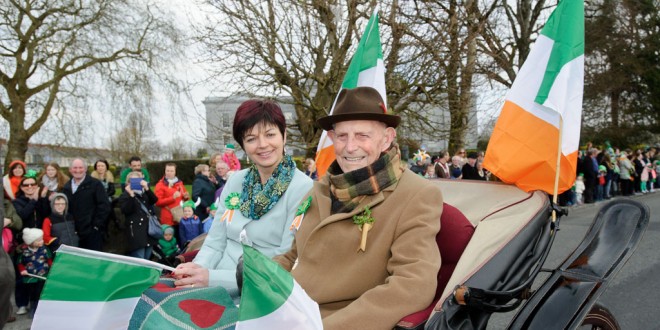 Ninety-seven-year-old Patrick ‘Pakie’ Wall from Ballydineen, Kilmihil, was the focus of attention at this year’s St Patrick’s Day parade in Ennis when he assumed the role of Grand Marshall.

Patrick was selected following a nomination process through Clare County Council for the oldest Patrick in Clare to join Mayor of Ennis Pat Daly in leading the parade in a horse-drawn carriage, which was followed by approximately 50 groups representing the many aspects of life in the county.

Ahead of the parade, a Certificate of Recognition was presented to Mr Wall outside the offices of Áras Contae an Chláir. The presentation was made by Anna Whelan, who is a fifth class pupil from Ballyea National School where Pakie attended from 1923 to 1931.

PERHAPS like toddlers up past their bedtime, TDs were just over-tired as they hurled abuse …