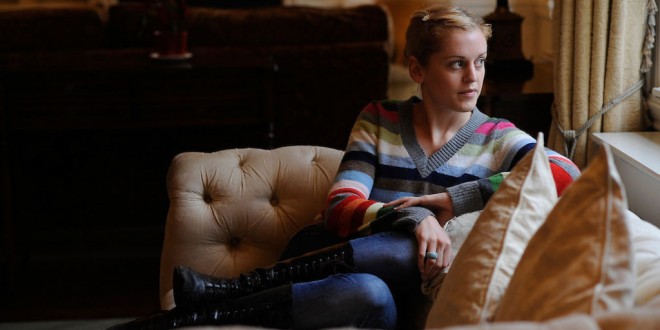 An Ennis actress is in good company as a nominee for one of the world’s most prestigious theatre awards.
Denise Gough has been nominated in the Best Actress category for the Olivier Awards, along with Hollywood actresses Nicole Kidman and Gemma Arterton.

Denise, from College Green, has been nominated for her performance in Duncan Macmillan’s People, Places and Things. Critics have been raving about her performance, describing it as “career changing”, “astonishing” and “emotionally shattering”.

She has already won the Best Actress Award at the Critics’ Circle Theatre Awards 2015 for the same part and was nominated for the Best Actress Award by The Evening Standard for her “career-defining performance” as an actress whose life has spun recklessly out of control because of her addiction to drink and drugs.

When she was named best actress for the Critics’ Circle Awards, she admitted almost giving up acting before she got the part with the National Theatre. Now she is the toast of the London theatre scene with the Olivier nomination.

One of a family of 11 children, Denise left school in Clare at 15, later moving to London, where she studied at the Academy of Live and Recorded Arts.

The Olivier nominations were announced this week by past winners, Michael Ball and Imelda Staunton, at Rosewood London. The awards, which this year celebrate their 40th anniversary, will take place on Sunday, April 3 at the Royal Opera House.

The Society of London Theatre, who present the awards, stated that the best actor and actress categories “reflect the incredible wealth of talent that has graced the West End stage in the past year”.

Previous When is a wall not a wall?
Next ‘Clare FF got it wrong’ – Killeen