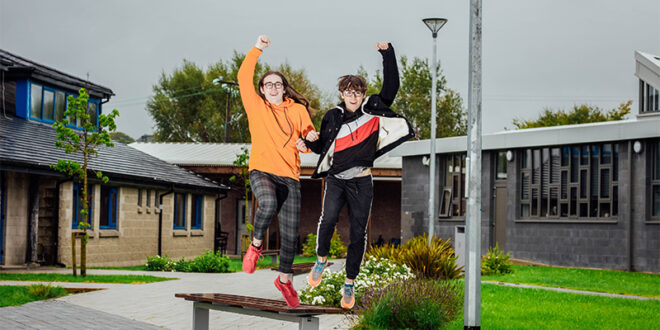 Twins Oisin and Cathal McKeogh from Ogonnelloe pictured at their school St Annes Killaloe Community College, Clare as they recieved amazing result in the Leaving Cert 625 and 532 points, with Oisin looking to do Film and TV Production in IADT and Cathal doing Chemical Science in University Limerick. Pic. Brian Arthur

OGONNOLLOE twin brothers had reasons for a double celebration earlier this week when they achieved outstanding results in their Leaving Certificate exams.

Oisín McKeogh scooped the highest possible marks of 625 in the Leaving Certificate while his brother, Cathal secured 532.

Oisín hopes to study film and television production in the Institute of Art, Design and Technology in Dun Laoghaire, which is a four-year undergraduate degree, subject to his Leaving Certificate results.

The young film maker is very passionate about making films and is eagerly looking forward to honing his craft in Dublin.

Acknowledging that securing accommodation in Dublin is quite expensive and will be challenging, he is nevertheless eager to take on the next steps in his academic career.

It looks like Cathal will be in college much closer to home as he hopes to study Biological and Chemical Science in the University of Limerick.

“I was very happy with results and I very hopeful of getting a place as I have 120 more points than I require.

“With the calculated grades there will always be a wonder whether I would have got more or less than if I sat the Leaving Certificate,” he said.

Oisín was both surprised and delighted with his results. While acknowledging there will also be some students who are disappointed with their results, he told the Clare Champion most of the students in St Anne’s that he spoke to achieved what they expected and, in some cases, even higher marks.

Oisín recalled he was disappointed students didn’t have the chance to have classes before the summer when secondary schools were forced to shut abruptly due to Covid-19.

The award-winning film maker said if Covid-19 wasn’t an issue, he would have liked the opportunity to sit his Leaving Certificate in the traditional way.

However, once school was cut short he was happy a definitive decision was made to introduce calculated grades in unprecedented circumstances for both teachers and students.

Looking back over the last six months, he admitted speculation over whether or not the Leaving Certificate would go ahead was stressful for students before a final decision was made.

Earlier this year Oisín was “over the moon” after finishing as a runner up winner in a national competition.

The Fresh International Film Festival in Limerick was due to take place last March and was deferred instead to last week via Fresh Film Festival’s YouTube channel with Demi Isaac Oviawe star of RTEs ‘The Young Offenders’ hosting this year’s online awards.

Oisín was the second place winner for his film ‘Midsummer Beauty’, about a teenage girl named Luna who struggles with a crush on her best friend.

He worked as a director, co-writer and cinematographer on “Midsummer Beauty”. He attributed his development of his film making skills to his passion and the help provided by the Film Club in St Anne’s Community College, which is run by Clare O’Brien, who has taught English and Film Studies in the school for seven years. 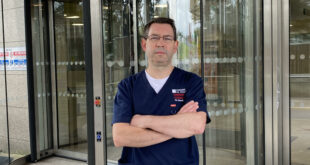