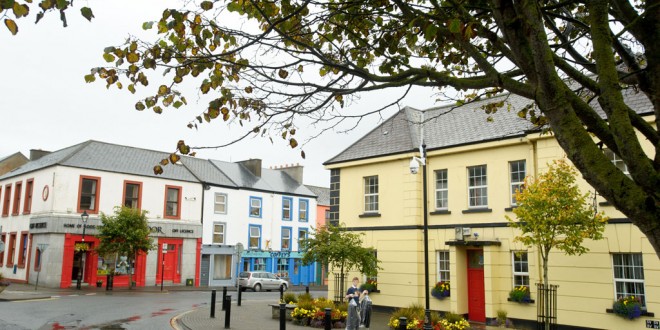 A view of Kilrush.

No sporting chance for Kilrush

THE absence of the Kilrush Sports Complex from the list of 27 sport organisations or council facilities in Clare to receive a portion of the countywide €1.27 million Sports Capital Grants has sparked controversy.

Local independent councillor, Ian Lynch claims that because Kilrush is a DEIS (Delivering Equality of Opportunity in Schools) area and in need of facilities for teenagers, the application should have been prioritised. The Clare County Council-operated Kilrush Sports Complex, which includes an AstroTurf pitch, was officially opened on April 9 of this year.

The biggest individual beneficiary from the Sports Capital Grants in Clare was the council-run Active Ennis Sports and Amenity Park in Lees Road, which has received €200,000 in funding.

“I am extremely disappointed and angry. West Clare is crying out for facilities for our youth. This allocation of funding will see some areas develop, despite already having a good array of facilities available, while Kilrush again has been overlooked. We have been trying to develop a state-of-the-art facility in Kilrush for some years. We have a new AstroTurf pitch, which is a huge asset to the entire West Clare area but there is much more needed. The next planned phase of the development is to create a new GAA pitch and two training pitches, which would be open to all clubs but yet again this year we have been completely overlooked,” Councillor Lynch claimed.

THE DEIS Action Plan for Educational Inclusion was launched in May 2005 and focuses on addressing and prioritising the educational needs of children and young people from disadvantaged communities, from preschool through to second-level education.

“I don’t understand how the Government has again ignored Kilrush regarding the development of facilities. Kilrush has been identified as a DEIS town with social and economic disadvantages and the DEIS programme is aimed at ensuring inclusion in education. Sport is now a huge factor in breaking down barriers in inclusion at every level and provides an outlet where someone can be part of a team. That is a huge advantage, especially where someone may struggle academically.

“It does not stand up that Government will identify areas of social and economic disadvantages and then will not support the development of key facilities, when funding is available,” the Kilrush councillor maintained.