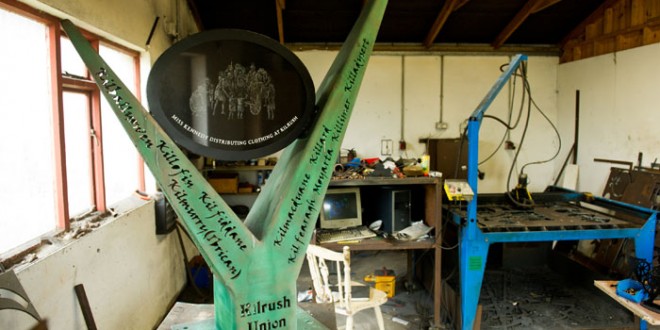 No resting place for Famine memorial

MORE than five months after the National Famine Commemoration was held in Kilrush, local town councillors still cannot decide where to locate the commemorative sculpture.

In fact, only one member of the public responded to a council invitation for suggestions as to where the sculpture by Paddy Murray should be installed.
After a long debate at Tuesday’s Kilrush Town Council meeting, councillors decided to defer a definite decision until October.

Some councillors admitted that the location issue has dragged on for so long they would struggle to recognise the sculpture if they saw it.

“I’ve forgotten what it looks like and how big it is,” Councillor Ian Lynch said.

“We don’t know what it looks like. Because of the plinth, we haven’t seen it all,” Councillor Mairéad O’Brien stated.

Town clerk John Corry revealed that an invitation for submissions from the public, issued in July, was met with an under-whelming response.

“I received one submission. The location that was identified was in front of the new museum on the Cooraclare Road,” the town clerk said.

The councillors had varying views as to where the sculpture should be located.

“It should be right outside the door here,” town mayor Paul Moroney suggested at the meeting, which was held in the town hall.

“Can we defer the decision? I will go and shake a few trees and I’ll make sure that you get some submissions for the next time. There are a couple of people who were involved in the Famine Commemoration and they may have a say. I should have contacted them to tell them that this was open,” Councillor O’Brien said.

Councillor O’Brien maintained that the local Famine Commemoration Steering Committee did not want the sculpture located in the town square.

“Having discussed it with them all, we felt there’s already a lot of stuff in the square.

“Because of the farmers’ market, if you were to put it there it could be lost and it could be a traffic hazard if people were coming down the street and they’re trying to see what it is. It’s quite tall and there’s going to be lights on it.

“Access-wise, it would be nice to have it maybe close to where the actual commemoration happened. That was something that was discussed and the fact that President Higgins planted the tree, although I know long-term that it’s not on Francis Street,” Councillor O’Brien said.

Councillor Moroney stressed he is keen to have the sculpture in the town centre.

“A lot of traffic comes from the ferry, up Moore Street and around the square. It’s a stopping point for people to stop and say ‘wow, what’s this?’ That is the main place for it. It’s just super duper. I think down Francis Street is just that bit far off the beaten track,” he said.

“You can’t have everything in the square. You have to spread things out,” Councillor Liam O’Looney maintained.

“Can I make one suggestion that we do decide in October and that it is put up before Christmas?” Councillor O’Brien queried. 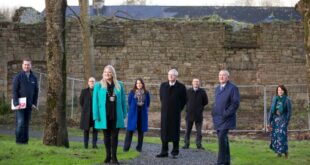