Home » Sports » No place for Dillon on starting team 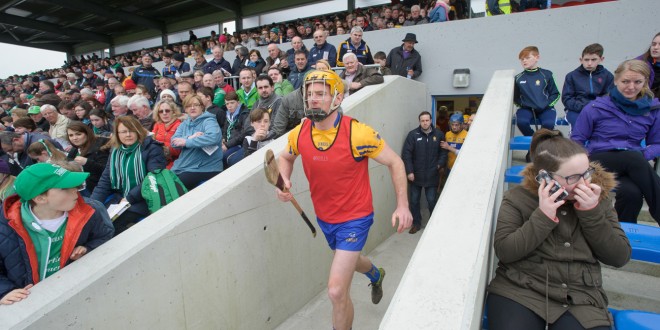 Players, including Cian Dillon, and management exit their dressing room to the pitch in the newly refurbished stand at Cusack park ahead of Clare's Div. 1b Round 5 game against Limerick in Cusack park. Photograph by John Kelly.

No place for Dillon on starting team