No close shaves needed in Corofin

A NORTH Clare village has come up with a novel competition to attract tourists to the area. This year, Corofin will host what organisers say is the first Irish Beard and Moustache Championships. The village is already home to the annual World Stone Throwing Championships.

The two competitions will be held as part of the Festival of Finn on the May Bank Holiday Weekend.

“The Festival of Finn has been resurrected this year as Corofin’s contribution to The Gathering 2013 but with a new Corofin Tourism Association in place, it is planned to continue it as an annual event. We have incorporated the annual World Stone Throwing Championships into the festival and were also looking for another event that would have an attraction for visitors to the area to include on the programme. Hence the beard competition,” explained Gerard Kennedy, one of the event organisers.

This year’s competitors will have to settle for a national title but if the event is successful, organisers hope to run it again next year with winners qualifying for the World Beard and Moustache Championships held in America.

“When the idea was first suggested, we discovered there is a World Beard Championships held every year in Carson City, Nevada but there is no equivalent competition in Ireland – so the opportunity is there to organise an Irish event.

“If successful, our long-term goal would be to send the overall Irish champion to the world finals in future years,” Mr Kennedy explained.
This year’s categories are Best Beard Overall, Best Natural Moustache, Best Fancy Moustache and Best Goatee. The competition is open to anyone living in Ireland or part of the Irish diaspora. The fifth category is for any non-Irish international visitors.

“We already have a group of 30 bikers from Wales coming to the festival. The event will be held on Sunday, May 5 as part of a Garden Fete at The Farmyard, visitor attraction, just outside Corofin,” Mr Kennedy concluded. 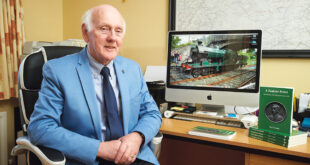 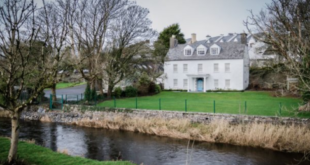