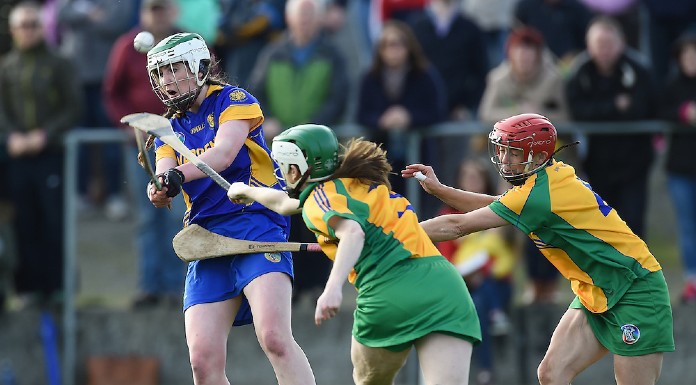 It’s a ninth final this decade for Newmarket-on-Fergus but arguably their most significant after shipping three consecutive defeats in as many seasons.

However, while from the outside in, it would appear a mammoth task to pick themselves off the floor and rally again, Blues captain Aoife Griffin puts it down to sheer character and an innate leadership within the group.

“I can totally appreciate how people would think ‘how can you lose three finals in a row and still have that determination to come back again?’ I just think it’s a testament to the resilience we have as a team to keep coming back each year.

“In all honesty, there’s a very special group of girls there that have that buy-in attitude. There’s a seriously dedicated bunch there and we’re very lucky because it’s not something that every team has or something that you find happens all the time I guess. It’s just we’ve predominantly come along at the same age group at the same time and we’re just really lucky. So it really is a team effort along with management that there’s just a lot of self-belief.

A fifth final in a row to be precise, with the last four all pitting them against their biggest current rivals Inagh-Kilnamona who after being edged out after extra-time in their first decider, have since annexed three on the trot over the Blues.

So it is a good thing or a bad thing that the opposition is completely new this Saturday?

“Look, to be totally honest, I couldn’t care less who we are playing. We’re in a county final and that’s all that matters to me and the rest of us.

“If you think about it, when we played Inagh-Kilnamona in 2015, they were the new team that people didn’t expect to be in the final but had suddenly come up through the ranks.

“But look at them now, they’re such a force to be reckoned with and while this year hasn’t exactly gone to plan for them, at the same time, nobody is turning a blind eye to them.

“Look, Scariff-Ogonnelloe are a fantastic team but I couldn’t care less who we’re playing. We’re going out to play a county final and that’s it and it doesn’t matter who the opponent is.”

Griffin and Co. certainly remember their last meeting with Scariff-Ogonnelloe as that 11 point opening round reverse in August ensured that Newmarket were in knock-out territory thereafter, with no room left for error.

“I think we did kind of go back to the Scariff-Ogonnelloe game a lot and it wasn’t sort of a thing of holding onto the emotion of losing that game because it was a new thing for us to lose in the group stages.

“It was more so a case of ‘we cannot afford to lose another game’ so we knew we had to put 110% in and that we couldn’t take our foot off the pedal at any stage.

“The ‘Bridge match was very tough and then we were very determined going into the Clooney match and did well with the score there but definitely our best performance was on Saturday against Truagh.

“The willpower to keep coming back like we did, I think that all stemmed from the group stage before that and how far we had to come to get to that point.

“And once we were there in a semi-final, it was just about throwing the shackles off and let’s just play hurling. And we really just went back to basics and enjoyed the game, even though it was obviously a game that a lot of people thought we weren’t going to enjoy.

“But we came off the field and knew that we’d given everything we could.

“We just want to keep the momentum going, we’re ready for another game so all eyes on Saturday now.”