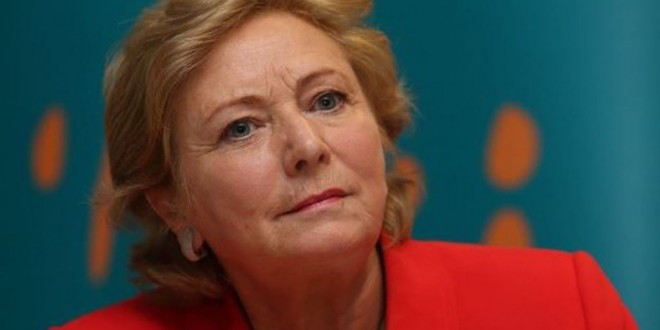 A new Bill, which provides for reform of our laws, including stronger sanctions, aimed at protecting children from sexual exploitation; child abuse material and online grooming, has been introduced by Minister for Justice and Equality Frances Fitzgerald.

The Criminal Law (Sexual Offences) Bill 2015, which has been approved by Government, provides for a more effective response to sexual offending within our criminal justice system and responds to new and emerging threats such as predatory activity which target children via the internet and social media.”

Minister Fitzgerald noted the Bill will bring Irish law into line with a number of international
instruments, including an EU Directive on combating the sexual abuse and sexual exploitation of children and child abuse material (child pornography).

“It is a further step toward the ratification of the Council of Europe Convention on the protection of children against sexual exploitation and abuse,” she said.

Continuing, Minister Fitzgerald said, “The Bill will also implement the recommendations of two Oireachtas Committees on the protection of children including recommendations strengthening the existing offences of engaging in sexual acts with children under the age of consent.”

The new offences relate to:

Paying for purpose of sexually exploiting a child;

Sexual activity in the presence of a child;

Causing a child to watch sexual activity; and

Making arrangements to meet a child for the purpose of sexually
exploiting that child.

Heavy penalties are introduced for these offences, with potential prison sentences ranging from 10 to 14 years.

The new Bill has been welcomed by Rebecca Beegan and Alan O’Neill, from the Men’s Development Network as an “opportunity to remove a vicious, brutal and exploitative crime from our local communities”.

Mr O’Neill commented, “As one of the 73 organisations who make up the Turn Off the Red Light Campaign we welcome the fact that the Justice Minister has acted upon the overwhelming evidence that organised crime runs Irish prostitution.”

“This is a significant milestone in ending the exploitation of women and children who are exploited in the sex trade”, said Ms Beegan. “This form of exploitation of women puts hundreds of millions of euro into the pockets of pimps and traffickers. Those who buy a woman’s body are contributing to an industry where women are abused, exploited, raped and murdered and must be criminalised as a matter of international law.”

Ms Beegan added, “It is important too that women and girls in prostitution are given every possible protection and support rather than being treated like criminals and we are hopeful that the minister will introduce proposals which would decriminalise a person offering sexual services from the existing offences of soliciting and loitering for the purposes of prostitution under the Criminal Law (Sexual Offences) Act 1993.”