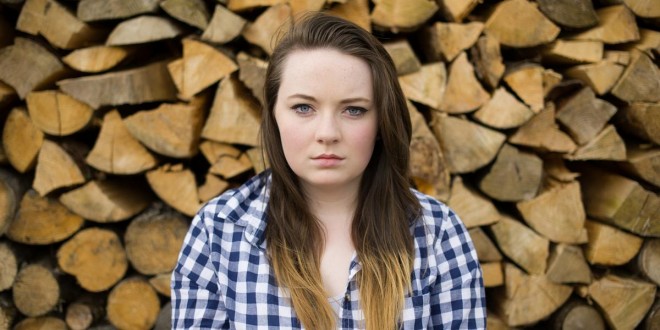 A Lisdoonvarna student will represent Ireland in the United States next year, after winning a poetry competition. Sixteen-year-old Neasa McCormack, from Doolin, took part in the Irish finals of the Brave New Words Poetry Slam, which was broadcast on RTÉ Radio 1’s Arena programme on Monday.

Neasa has now earned her place on a team of five people from Ireland, who will travel to Atlanta, Georgia, next summer, to take part in an international poetry performance competition.

English teacher, Helen Bradshaw explained how students from Mary Immaculate got involved in the competition.
“We heard about it from Stephen Murray with www.inspireland.ie. He organises poetry workshops. In transition year, pupils have the opportunity to develop their obvious talents, as well as explore other interests and experiment with new things.

“Stephen lives in Kinvara and he sent an email and we said, why not try it out? The curriculum is so broad that you don’t get to promote poetry-writing, as such, within it. All the student produced a poem of some type and it was published on the Inspireland website. He does these workshops in various schools around the country and there were regional heats, where the best poems were selected to go forward from each region. They were looking for a team of poets to represent Ireland,” she explained.

Neasa, and two other students from the school, were selected to take part in the regional heats in Galway. Eight students made it through to the national final and three were selected to go forward to Atlanta.
“The standard was very high and I was nervous,” Ms Bradshaw said. “We had an hour-long recording in RTÉ Radio studios and the eight participants performed their poems. It was about the poem and the performance. It was about taking it from the page to the stage and making it a performance art. The eight poems were performed and interspersed with music from upcoming artists, who were very good, and chats with the judges in between. Then there was entertainment by the poetry slam All-Ireland champion. He gave advice and the winners were announced,” she went on.

“We were delighted. It was fantastic for Neasa. Myself and John Sims and two of her friends were there supporting Neasa on the evening. We were ecstatic. Neasa will be part of a five-person team that will represent Ireland in an international poetry slam in Atlanta next June. The other two members of the team will be from an older age group and have yet to be selected,” Ms Bradshaw explained.

Neasa’s interest in poetry was well hidden before she took part in the workshop and ended up performing one of her pieces on national radio.

“Nobody even knew I had an interest in poetry until Stephen came to our school. No one would have ever seen my poetry until we had to do that. I never really had that much of an interest until I saw the videos of people performing poetry on YouTube and that is what got me interested in it,” she said.

“Someone had shared a video on Tumblr of a person performing his poems and I really liked it. I kept looking him up and then it kept leading me on to other things and that is how I got interested in poetry slam,” Neasa recalled.
While she likes more traditional poets like Seamus Heaney, she really enjoys the work of American poet, Neil Hilborn. Neasa explained what makes slam poetry stand out.

“There is a lot more expression in it. It makes the poem more interesting than when you are just reciting it,” she said. “It is just writing a normal poem but you put a lot more feeling and expression into it, instead of just reading it out,” she added.

According to Neasa, there should be more forums for slam poetry here. “Slam poetry is something we don’t do enough of in Ireland. There is nowhere around locally to perform slam poetry that I know of. I would say everyone thinks poetry is something really nerdy but it is not, it is the same as rapping. A rap is just a poem, just with music to it,” she said. “It just comes to you. You are thinking about something, you write it down and it comes out. It only takes 10 to 15 minutes to write the poem and that would be it, it would be done. For this competition, I did a lot of editing on my work,” she explained.

A further benefit of being involved in the competition was meeting people with similar interests.

“It was class meeting other participants at the regional heats and the finals because I didn’t know anyone before who who had the same level of interest in slam poetry that I did. I made good friends, especially at the Galway heat. Taking part in this, and especially getting through to the Atlanta competition next year, also inspires me to keep it up and do a bit more,” Neasa concluded.