One of the greatest mysteries of Clare GAA appears to have been solved.

35 years have passed since The Clare Champion first reported on the saga of Tommy Guilfoyle’s missing jersey, but thanks to the power of social media, the famed number 14 jersey has been found.

The background to the story was first outlined in the Clare Champion in the aftermath of Clare’s loss to Tipperary in the 1985 Munster U-21 Final, with the Feakle man lining out on the edge of the square. 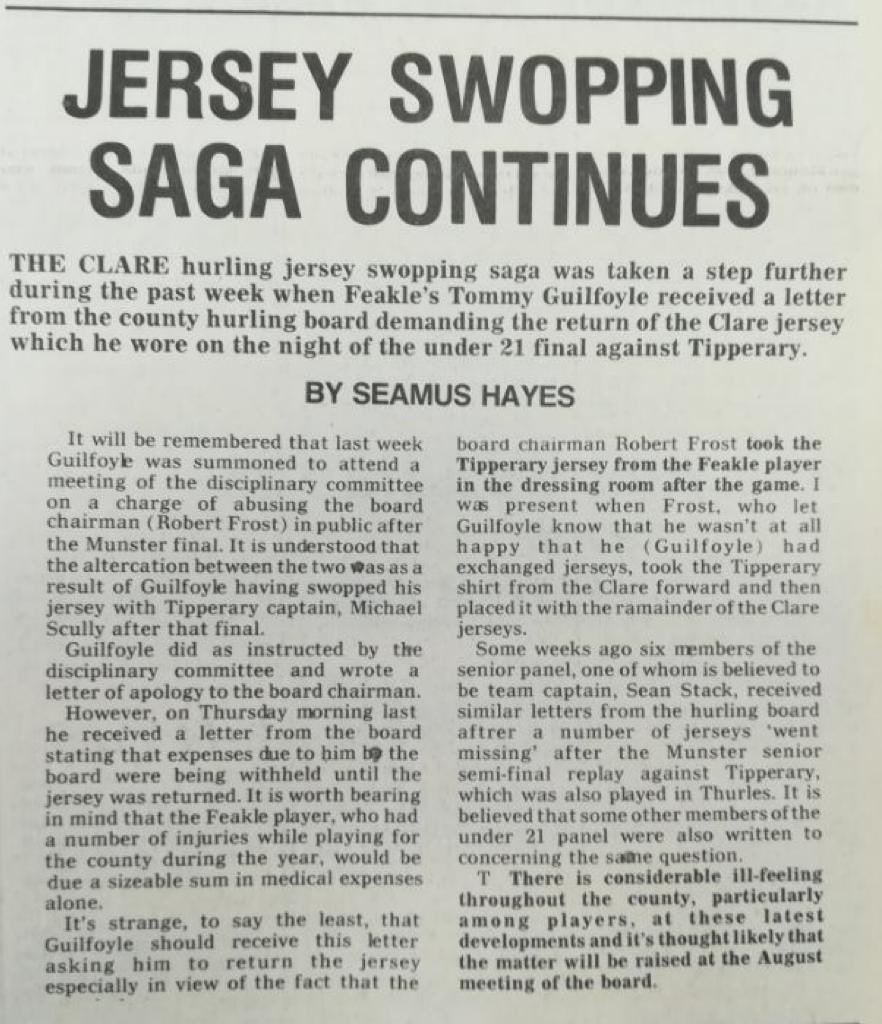 The story reemerged in recent days after a picture of the article was posted online with Guilfoyle’s daughter Lauren posting a public appeal for information.

Dad called up in front of the county board for swapping his Clare jersey for a Tipperary one after a Munster U21 Final. #GAA pic.twitter.com/Ifmqoc5cDw

Her tweet gained traction, and eventually led to the most infamous jersey being discovered safely in the hands of Tipperary man Micheál Scully.

And this is why I love social media. Tipperary’s Michéal Scully still has Dad’s jersey. From the 1985 Munster U21 Final! pic.twitter.com/IXMOWOJWvl

It is not yet known if Mr Scully will reunite either Guilfoyle, or Clare GAA with the jersey.