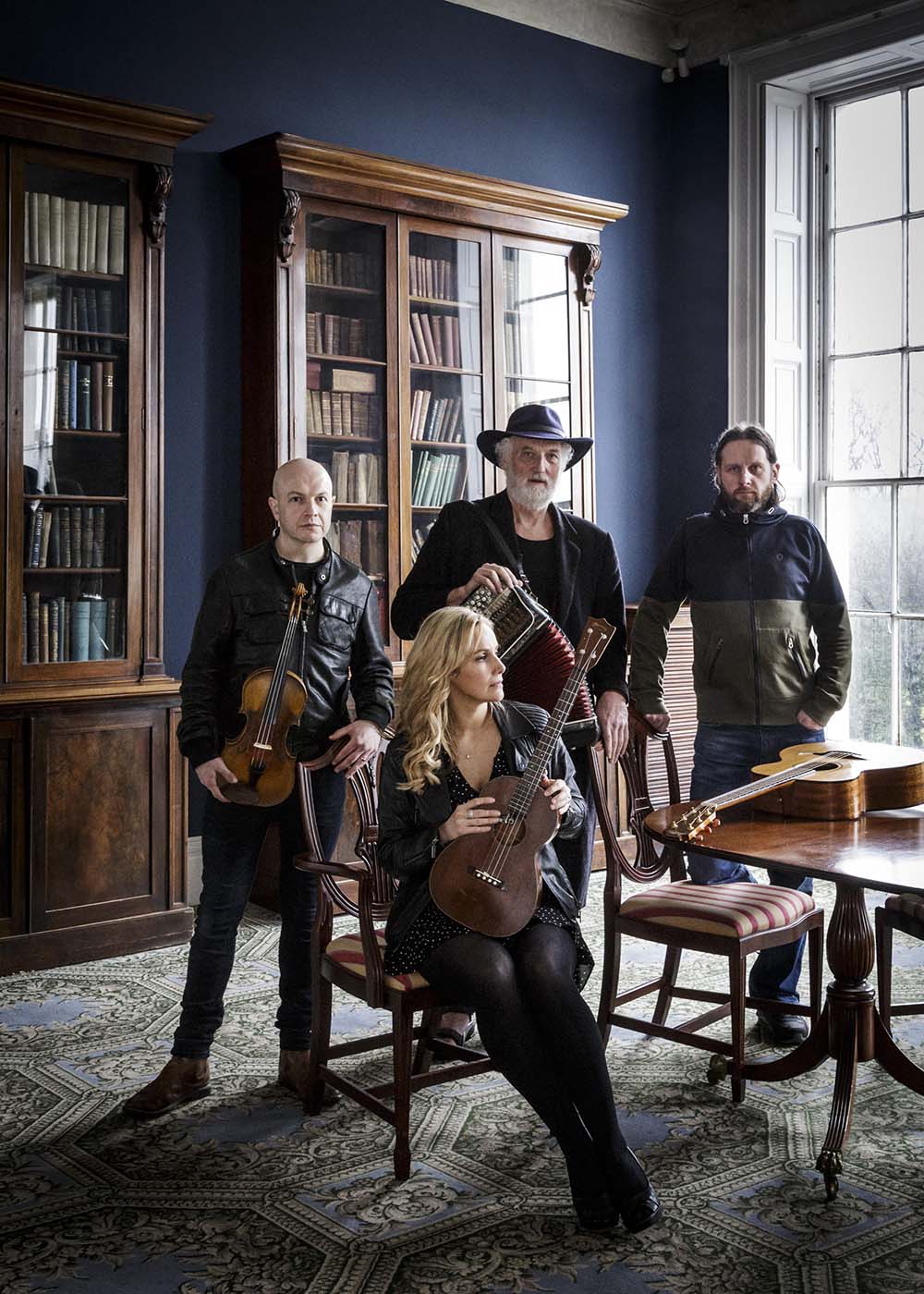 HEIDI Talbot has toured the world with ultra-popular musicians, including all-female group Cherish The Ladies – renowned worldwide for their Celtic sound – and she is very excited to perform at Feakle’s 31st International Festival of Traditional Irish Music next week.
Heidi will perform alongside her husband, John McCusker, an award-winning multi-instrumentalist; much-acclaimed musician Breanndán Ó Beaglaíoch and renowned guitarist Paul Meehan.

Heidi said, “We’re really looking forward to our visit to Feakle. We’re coming to the end of a 50-date run of gigs. Myself and John started in May, touring all around Ireland in a tour organised by Network Ireland, with Breanndán and Paul, and then continuing as a duo all over the UK and finishing in gorgeous Feakle. We saved the best for last.”

Even though they have been touring since May, Heidi says that the group are still a bundle of energy, “ I feel very lucky that I get to play music for my job, even when it is tiring. I guess a good way to think of it is that you get paid for the travelling and do the gig for free.”
This is Heidi’s first time in East Clare and she is extremely excited at the chance to visit the festival. “I have never been to the festival before. Gary Pepper sent me a message and asked if myself, John McCusker, Breanndán Begley and Paul Meehan would be available. It was before we had started the Network Ireland tour together and we had never met before but we were all delighted to be asked and get to visit and play at the festival.
“The last time I played in Clare was a few years ago, in Ennis. We love visiting and playing in Clare, as the audiences are always full of craic. There’s so much music in Clare, it feels like a listening audience,” Heidi continued.

The group have covered the four corners of Ireland through touring, while Heidi and John have travelled the length and breadth of the UK since May, dazzling audiences as they go. Heidi detailed what fans can expect from their gig next Friday.
“Myself and Breanndán sing a song together as Gaeilge and we also duet on a Tom Waits song, as well as songs from our solo albums. John plays beautiful airs and fast and furious tunes and also lots of Kerry polkas with Breanndán, all accompanied by the incomparable Paul Meehan on guitar. We can’t wait to play together again.

“This ensemble was originally invited by Music Network to perform together for a specially curated tour of Ireland in May of this year. We had never played together before May. Myself and John knew Breanndán and Paul’s music but we’d never met so to get to play music together and hang out all over Ireland was a great opportunity. We would probably never have done so without Music Network putting us together. It’s a fantastic organisation,” she said.
Heidi lived in New York in the early 2000s and it was there, in 2002, that she was invited to join Cherish The Ladies. That’s when her career really took off.
“I got to travel the world, playing music with my best friends. It was a great time in my life. I learned so much from Joanie Madden, from planning the logistics of a tour to how to relate to an audience and a million other things. She’s a wonderful and powerful force,” Heidi said.

She decided to leave the group in 2007, however, to concentrate on her solo career and has done brilliantly for 11 years. Her album, In Love and Light, won an Indie Acoustic award for best album in 2008 and her 2013 album, Angels Without Wings, featured collaborations from artists, such as Mark Knopfler, among others. Heidi also has exciting plans for the near future.

“I’m writing new music at the moment with a great singer-songwriter from Scotland called Adam Holmes. We’re planning on touring and releasing an album together next year. I’m also working on a Christmas project with Roger Tallroth from the Swedish band Väsen,” she explained.
Heidi, John, Breanndán and Paul are performing next Friday, from 7.30pm, in St Mary’s Church and tickets are €30. The admission fee also covers a music recital from musicians Joe Fitzgerald, Seamus Begley and friends, as well as a performance from Martin Hayes and Dennis Cahill.
Tickets can be purchased from www.feaklefestival.ie.

Owen Ryan has been a journalist with the Clare Champion since 2007, having previously worked for a number of other regional titles in Limerick, Galway and Cork.
Previous Shannon Councillor slams An Bord Pleanála after Aldi refusal
Next US bride recalls “perfect” wedding on Cliffs’ Walk