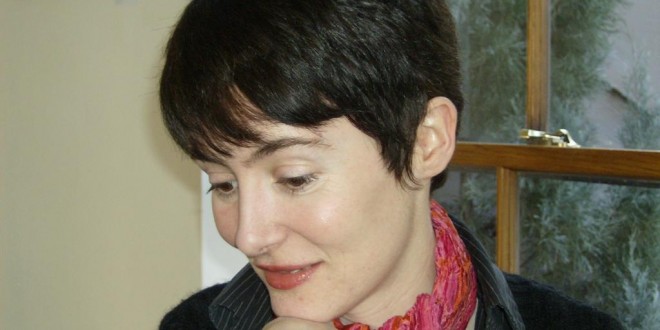 CLARE woman Mary O’Donoghue was the winner of The Irish Times’ Legends of the Fall short story competition and was thrilled with the honour.

“First of all, I was excited to read about the series [The Times also published a number of short stories on the same theme] when it started but I wasn’t always able to read all the stories because only some of them were online, so I didn’t know for a good long time who was in there but I kind of suspected that it would be people like Colum McCann, Colm Tobin and Anne Enright.

“Towards the end of the summer, I saw they were looking for open submissions and I saw that Donal Ryan was a judge, as well as someone who wrote in the series. I sent it [her winning entry The Sweet Forbearance in the Streets] in at the last minute and I was very excited when I heard from Fintan O’Toole in an email and a few days later, when I heard that the story had won,” she said.

She grew up in Kilkeedy in Tubber and is a graduate of the NUI, Galway. Still a regular visitor to Clare, she has been based in the US since 2001, where she teaches at Babson College in Massachusetts. She divides her time between Boston and Tuscaloosa in Alabama, where her husband also teaches.

The competition invited people to write fiction about Ireland after the economic collapse and it was judged by the paper’s literary editor, Fintan O’Toole, and writers Donal Ryan and Éilís Ní Dhuibhne.

Mary’s story is seen from the perspective of a middle-aged widow, whose only son has left Clare for Australia.

As the story deals with the impact of emigration on those left behind, it seems pertinent to ask if she was influenced by the impact of her own exile on her own family?

“It’s something that I think about but not deeply and darkly in the way that character has to because he’s her only son and he’s kind of a little s**t.”

From talking to people here and following the news, she is well aware of what has been going on in this country over the last number of years.

“It’s a combination of reading about it and hearing about it. I’m very aware that I’m not there in that downturn but if you’re a writer, as well as someone who comes from Clare and Ireland, the onus is on you to know about it because it’s a fairly bad situation and there doesn’t seem to be any end in sight.”

Éilís Ní Dhuibhne described the winning entry as “very sophisticated, witty, quirky writing” and Mary says its style is quite typical of much of what she has produced lately.

“I think it probably is typical of what I’ve been writing in the last two years. Not so much the plot of it but the form and the voice. A lot of people who’ve read it have sent me remarks on that. That style is becoming more noticeable in my writing.”

The Sweet Forbearance in the Streets was written very quickly, with the bulk of it written in just two sittings. However, she says that is very unusual for her.

“That’s not always the case with my stories. Sometimes I might just write a paragraph and not be able to go further for a whole month.”

So is writing quite hard going for her?

“Ah, it’s painstaking but not painful. I like the slow process and I also like revision a lot. Maybe because I teach writing and have spent so long reviewing other people’s work, it’s not that hard to review my own and be pretty stringent on it.”

Her novel, Before the House Burns, was published by Lilliput Press in 2010 and won warm reviews, with the Irish Independent describing it as a “tender, often heartbreaking, story”.

She has also published two volumes of poetry Among These Winters and Tulle but says, at the moment, fiction comes easier to her.

“I’m a poet as well and a lot of people think I’ve put poetry aside for fiction, as though I’ll never return to it. In the last couple of years stories have come more quickly than poems to me but it’s still always a fairly slow process between a thought for a story and finishing it.”

She is currently working on some new fiction and plans to include The Sweet Forbearance in the Streets in a collection.

“I’m writing another novel now and a collection of short stories that are getting close to being finished. That story will be in the collection.”

Regarding the competition, she says she is delighted with one part of the prize. “The thing that pleases me most about winning the competition, quite honestly, is that the original painting by Sean Hillen, which accompanied the story, will be given to me.”

THE Mountshannon Arts Festival will take place this weekend, but not in its traditional format. …