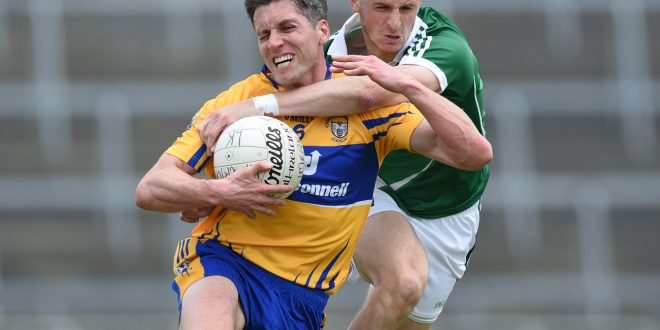 THE Clare footballers have qualified for the last 12 of the All-Ireland senior football championship for the first time since the All-Ireland qualifiers were introduced in 2001. They outscored Sligo 1-13 to 1-4 in a fantastic second half display, led by Cathal O’Connor who kicked four sublime points from play. Keelan Sexton, introduced for the black carded Podge Collins six minute before half time, put over three superb points from play during that second half, while Gary Brennan buried a magnificent goal. Clare dominated the middle third after half-time, winning five of Sligo’s kick outs in the opening 15 minutes of that half, which illustrated how well they did in that sector.

Clare were 0-9 to 1-4 down at half-time, having put over just one point from play in that half. Eoin Cleary was the only Clare player to score from play with the same player adding a point from a free won by Podge Collins. Clare lost Collins to his second championship black card, six minutes before the interval, when he was dismissed for a foul on Sligo’s Niall Murphy.

Clare had been given a massive boost just two minutes earlier when David Tubridy slid home a penalty won by himself. Tubridy had been fouled by Neil Ewing. Struggling at that stage, that score brought Clare right back into it. Tubridy added a pointed free, two minutes before half-time, following a foul on Gary Brennan. Sligo’s main first half scoring threat came from Martin Brehony

However once Clare upped their game on the resumption they pulled away from Sligo. They will now play Tipperary, Galway or Roscommon next Saturday with the winners qualifying for a place in the last eight of the All-Ireland championship.

A more detailed match report, analysis and post match interviews will featured in Thursday’s print edition of The Clare Champion.