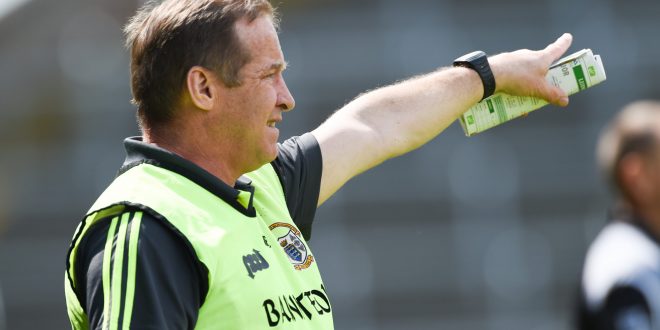 Magnificent away win for footballers

THE Clare footballers showed magnificent heart and spirit to emerge from Newry with a superb two point win in their NFL division 2 tie against the home county.

They had to play the final 22 minutes, including injury time, with just 14 men after Ciaran Russell was black carded. He was already on a yellow card.

Although they scored just a single point after Eoghan Collins had put Clare 1-11 to 1-9 ahead, 15 minutes into the second half, they fought manfully for the win, which lifts them onto four points in the table.

Clare led by four points, 1-9 to 1-5, half-time. Cooraclare’s Seán O’Donoghue scored a superb goal after just 32 seconds when he cut through the Down defence and hammered a shot high into the roof of Marc Reid’s net.

They added a range of top class points with Keelan Sexton, Cian O’Dea, David Tubridy and Kieran Malone all kicking scores from play. Eoin Cleary put over 0-5 from dead balls, including an exquisite line ball, curled over from inside the 14 yard line.

Down goaled in the 18th minute, when wing back, Caolan Mooney, raided up the right wing wing before placing Donal O’Hare. He netted from very close range while he also pointed 0-3, two from frees in that opening half while Shay Millar and Anthony Doherty (f) added a point apiece.

Clare’s first half display was the most potent 35 minutes of their league campaign so far, particularly in attack, although they did concede a number of early frees.

Down started the second half with real intent but Darragh O’Hanlon put an early penalty over the bar after Russell had fouled a Down attacker.

Down never managed to take the lead and when Keelan Sexton was taken down, while hitting Down on the break, in injury time, Eoin Cleary pointed the free, which gave Clare a three point advantage.

Down threw everything at the visiting county, who had James Hanrahan on the sideline in place of the suspended Colm Collins. Anthony Doherty pointed a late 45 metre free but that proved to be the final score. Clare also beat Down last year in Ennis but Sunday’s team featured just five of that starting team.

Down kicked 15 wides, compared to Clare’s two, which was a significant improvement on recent games.

A more comprehensive report and after match interviews, will be published in Thursday’s print edition of The Clare Champion.

West Clare native Peter O'Connell has worked for The Clare Champion for 12 years and covers everything from sport, especially GAA, news, features and has been even known to branch into the fashion scene on occasion.
@@westclarepage
Previous Clare make two changes for clash with Wexford
Next Wexford end Clare’s winning run