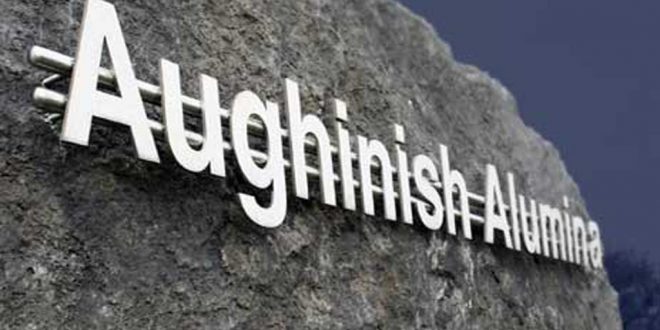 A NEWLY-formed group has contacted two ministers and 31 Shannon Estuary TDs to register concerns about a dredging operation that began at Aughinish in County Limerick last Friday, which could impact the Clare side of the estuary.

Aughinish Alumina Ltd was granted a foreshore licence to undertake 128,000 tonnes of maintenance dredging of industrial waste on the Shannon Estuary. The plan involves dredging 16,000 tonnes of material annually for a period of eight years. The company submitted a detailed Natura Impact Statement to the Department of the Environment, who made the decision to issue a foreshore licence.

“We, as a group, are representing the farmers, fishermen and concerned residents of the Shannon Estuary area and we believe the department’s possible decision could have serious adverse effects on the marine life and water quality of a river that is so important to us all,” the group’s letter states.

“Let us make it clear that we are not totally against the proposed dredging, which is needed to support the berthing of ships at Aughinish jetty, upon which jobs are reliant. What we are against is the method that is being proposed to carry out the work. The dredged material can be carried off in the tide, which can affect Clare, Limerick and Kerry. In our opinion this must not be allowed to happen,” the letter notes.

The group also enclosed a submission lodged by the Cappagh Farmers Support Group which it claimed was “totally ignored” by the department when assessing the provision of a foreshore licence.

The letter claims no Environmental Impact Statement was lodged with the application.

“Our group feels, what has been allowed to happen here, is this company has taken the cheap option for themselves which your department has facilitated. The cost to the estuary will be huge. To our group, this is a huge environmental disaster facilitated by your department,” the lobby claimed in their letter to Minister Naughten.

“We are asking you for a stay to be put on this licence immediately until you review all the contents we have put before you that may not have been presented to you in their entirety. Our group is also requesting an urgent meeting with you at your earliest opportunity. Our group will seek to hold this company and your department accountable in order to protect our estuary,” the leter concluded.