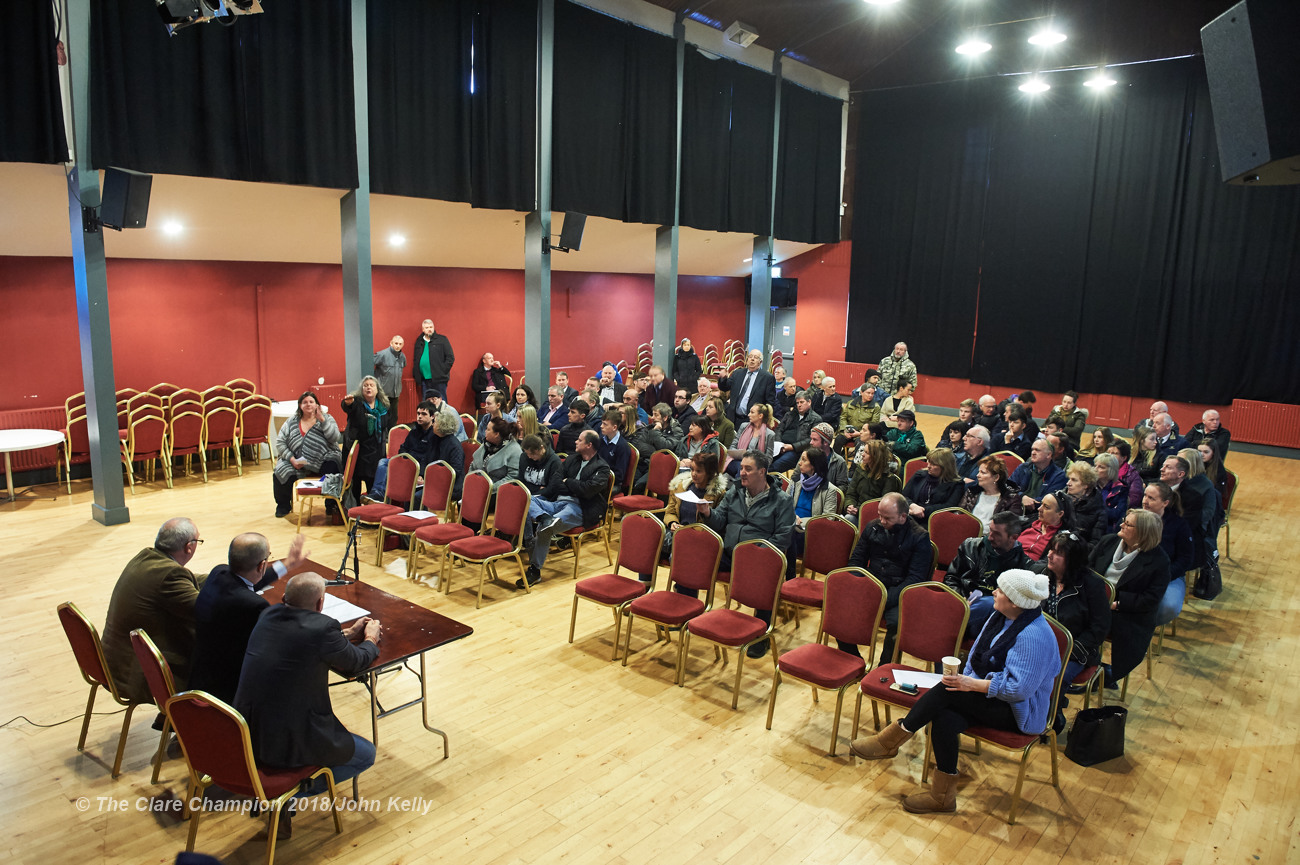 A general view of last Friday's public meeting, in the Pavilion, Lisdoonvarna, to discuss the opening of a direct provision centre at the King Thomond Hotel on March 5th. Photograph by John Kelly.

Lisdoonvarna to vote on arrival of asylum seekers

THE people of Lisdoonvarna are set to vote on whether they will accept asylum seekers in the North Clare town from March 5. A Direct Provision centre is to open on the first Monday in March with approximately 30 asylum seekers due on that date. A maximum of 115 can be housed in the King Thomond Hotel in the town. The hotel is owned by Marcus White who spoke at a public meeting last Friday, which was attended by approximately 100 local people.
A further meeting has been called for Wednesday night in the Pavilion in the town at which Fáilte Lisdoonvarna, a local community group, has said a vote will take place.

The idea of holding a vote had initially been mooted at last Friday’s meeting.
“In order to vote, you must be on the register of electors for the parish,” Lisdoonvarna Fáilte said on their Facebook page.
“Or bring an official document, bill or a bank statement with your address,” they added.

It is however, highly unlikely that the Department of Justice will be influenced by the result of the vote.
Representatives from An Garda Síochána, the HSE, the Department of Education and the Department of Justice will attend Wednesday evenings meeting.
At last Friday’s meeting the majority of speakers opposed the arrival of asylum seekers for various reasons, including lack of local services and a potential drop in house prices.
Among the speakers to welcome the asylum seekers were students of the local secondary school, who asked the meeting chairperson, Eugene Banks, Principal Officers from the Reception Integration Agency, if funds would be provided for additional educational resources.

West Clare native Peter O'Connell has worked for The Clare Champion for 12 years and covers everything from sport, especially GAA, news, features and has been even known to branch into the fashion scene on occasion.
@@westclarepage
Previous Council ready for cold snap
Next First of the beast’s snowfalls hits Clare

Business owners urged to give asylum seekers a chance