Home » Sports » Kilrush complex in the running for sports grant 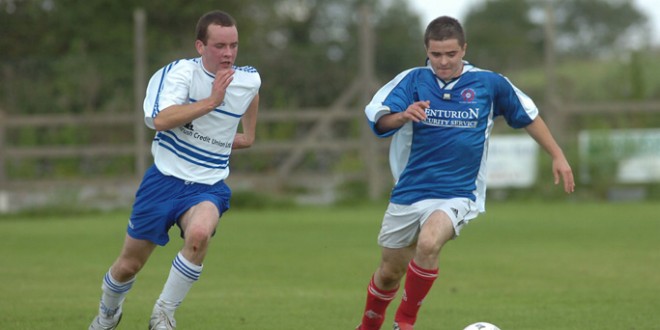 Kilrush complex in the running for sports grant

CLARE County Council has identified a proposed sports complex in Kilrush as the county’s primary candidate for a possible €58,882 grant from a new initiative called Sport Nation.

The complex is to be located on the Cooraclare Road, where the ESB Moneypoint sports facilities are situated and on adjoining land owned by the Department of Education.

At the 2011 meeting, Kilrush Town Council heard that 12 months of talks had culminated in a lease agreement between the council and landowners, the ESB and Department of Education.

If the current funding application is successful, it could kick-start the complex, which has yet to receive sufficient public funding.

“What has been announced is a new initiative called Sport Nation. It’s a joint fund that has been made available by Irish Public Bodies and the Department of Transport, Sport and Tourism. They are contributing a third each, with the balance to be made up by the local authority.

“Information has been sent to the 34 local authorities. It didn’t come to Kilrush Town Council. It will be Clare County Council making the application,” Ms Haugh explained at last Thursday’s meeting.

“Each local authority is asked to nominate one primary project and two reserve projects, in the event that the primary one cannot proceed.

“The maximum funding that will be made available is €58,882. Then you have to put the balance to it yourself for the project. I have agreed with the county manager that the Kilrush sports facility will be the primary project for Clare to be submitted,” the town manager added.

It is envisaged that Kilrush Town Council funding will be released to aid the project, if the grant application is approved.

“It has to be sports facilities on council property. They can be either freehold or long leasehold. We have long leasehold arrangements on the Cooraclare Road,” Ms Haugh added, noting the funding would be aimed at financing AstroTurf facilities.

However, Councillor Ian Lynch queried if the proposed funding would be sufficient. “Will we have the money for it, if we’re only getting €58,000?” he asked.

“The proposal is that we’d look for approval to spend some of our own money and we’d have a grant in one hand. It would be extremely unlikely that we’d be turned down if we have a grant from a Government department going with it,” Ms Haugh replied.

The application was submitted this week.

West Clare native Peter O'Connell has worked for The Clare Champion for 12 years and covers everything from sport, especially GAA, news, features and has been even known to branch into the fashion scene on occasion.
@@westclarepage
Previous County board back-tracks on bizarre decision
Next Ryanair deal to boost Shannon