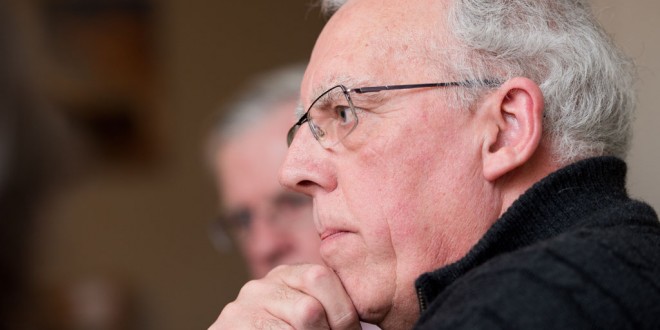 Tony Killeen, who served in several ministerial positions in a Fianna Fáil/ Green Party / Progressive Democrat Party Government is confident that the incoming tri-party coalition administration can succeed.
Stating it is time to put 100 years of Civil War politics behind us, he said, “I believe that Fianna Fáil, Fine Gael and the Green Party can provide a solid platform for Ireland to recover and grow from the Covid-19 setback.
“To have formed a national government would have been disastrous for the country; nothing would be done, and it would probably have lasted 18 months at most. From the outset the partners would have been preparing for an inevitable general election.”
Mr Killeen, who served as Minister for Defence for a year up to his retirement from politics in 2011 for health reasons, was also a Minister of State in Forestry and Fisheries, as well as Environment and Energy, so has a good understanding of the Greens stance on these important issues.
“The Greens are honourable and intelligent as a collective group and it is a big step for them to go back into government. Eamon Ryan has been there before as a minister and is a very good politician.
“The Greens are very democratic as a party but that militates them in government. Unfortunately, laudable aspirations will run against government decisions that have to be taken at cabinet level and then by all ministers.
“I know the Greens will be good partners in government and I don’t see anything major in what they are saying on the environment and carbon emission reductions that Fianna Fáil or Fine Gael will not cooperate on. As a country, we must be leaders in this area because we have a good record in agriculture.”
Behind the rhetoric, he said, Fianna Fáil and Fine Gael have not been found wanting in putting the country first in times of crisis.
“Whether it be Fianna Fáil or Fine Gael in power, Ireland has had to deal with serious situations – the economic downturn of the 1980s, the financial and property crash of 2008 and most recently the confidence and supply arrangement to support Fine Gael. Now we have Covid-19 – but we always come out on the right end of things. Ireland has weathered the storm, led by either party,” he said.
Mr Killeen continued, “At this stage, Ireland must have stable, experienced political parties in government, which we have with Fianna Fáil and Fine Gael and solid people in the Greens joining us. Of course, I’m happy that our party will have the position of Taoiseach after almost a decade and I wish Micheál Martin well in these difficult times.”
Over the years, Mr Killeen said, privately many TDs and their respective party supporters acknowledged the achievement of governments they opposed. He said this was even true of anti-Fianna Fáil supporters when Éamon de Valera and Seán Lemass were at the helm.
He went on to say that even extended back to the time of the Cumann na nGaedheal. “De Valera admitted privately that the government did some positive things,” said Mr Killeen.

Previous Farmers Pray for Rain as Drought Hits The Burren
Next Further Delay With Flood Defences for Springfield, Clonlara