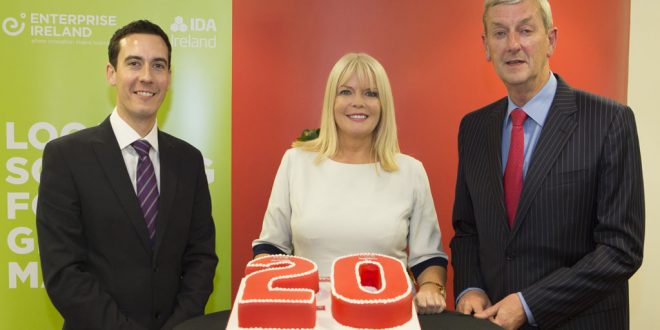 THE closure of the tourism office in Killaloe two years ago has been criticised as a “hugely detrimental” move against the promotion of East Clare and the town.

The Fianna Fáil Councillor recalled the operation of this tourism office was very beneficial particularly for tourists who came off the Dublin to Limerick motorway a few miles from Ballina.

“The closure of this tourism office was hugely detrimental and a backward step. I would ask Shannon Heritage to consider re-opening this tourism office because it is a very necessary and vital piece of infrastructure for this part of the county,” he said

Mr O’Callaghan said it was very important to clarify the role of Shannon Heritage, which operates as a commercial semi-state and this is very different to the role they previously fulfilled as part of Shannon Development.

“Being a commercial semi-state means that everything has to wash its face and we have to manage it like any normal business.

“I would be open to looking at any project that may have a commercial return from our perspective and for the taxpayer.

“Our remit is very much a commercial semi-state and it would be remiss of me to suggest that we will go and open tourist offices in certain locations if we don’t believe there is a commercial return there.

“There are other tourism stakeholders such as Tourism Ireland, Fáilte Ireland and Clare County Council. We need to make sure any project we get involved with has a commercial return to make it viable for us as a company to engage in,” he explained.

Councillor O’Brien stressed it was simply vital to have a tourism office at the gateway in East Clare, not just for Killaloe and Ballina but to promote all of this region.

Acknowledging that Shannon Heritage had to investment in facilities that were commercially viable, he said “we can know the price of everything and the value of nothing”.

“The value of not having a tourism office in Killaloe is a person just ends up driving on to Galway or Tipperary or other locations.

“I understand that tourism facilities have to be commercially viable and has ‘to wash its face’ but we have to have mechanisms in place to support tourism.

“I would ask you to consider this tourism office as a vital part of the new tourism strategy,” he said,

Councillor O’Brien quipped “Shannon Heritage might make it two now with one in Killaloe”.