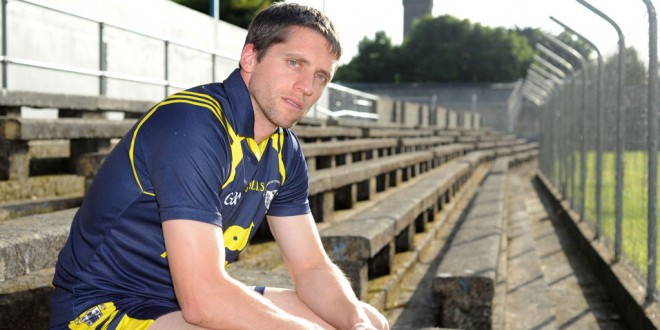 WHEN Gordon Kelly barrels out from underneath the stand in Cusack Park on Sunday afternoon, he will be minutes away from taking on Kerry in the championship arena for the third time in his career.

A regular with Clare since 2006, Kelly faced Kerry in 2008 in Fitzgerald Stadium and in the All-Ireland qualifiers in 2012.

Clare were well beaten in both games although Kelly, who played corner back in 2008, held the currently sidelined Colm Cooper to just 1-0 in Clare’s 1-14 to 0-5 defeat under the management of Frank Doherty.

Kerry’s visit to Ennis on Sunday will be their first championship tie in Clare since their 2-10 to 0-9 defeat of Clare on May 23, 2004. Enda Coughlan started at full forward that day and is the only player from that game who will start this weekend.

Although beaten by seven points in that fixture ten years ago, Clare at least were competitive and that’s their priority this weekend. Compete first and if there’s a chance of fashioning an unlikely win, against an albeit weakened Kerry, that would be a monumental bonus.

Gordon Kelly is realistic enough to accept that Clare must take it step by step. There is no point in talking about winning unless they get the basics right. That includes not turning over possession cheaply, tackling with discipline and very simply taking their chances. They kicked 16 wides against Waterford in Dungarvan last Sunday. It would be good sign if they get that many opportunities this weekend but they must be significantly more economical.

“I think the difference when you play Kerry or Cork, the one thing you notice is they don’t give away the ball. They don’t give away the ball and have great composure. That’s the big difference between the top teams and the teams who are aspiring to reach their level,” Gordon Kelly told The Clare Champion after his sides 3-11 to 0-12 quarter-final replay win over Waterford in Dungarvan last Saturday.

“If you have the ball other teams can’t score. Holding on to the ball and not giving it away is very important. That’s the case in any sport and gaelic football is no different,” he stressed.

The Miltown Malbay man acknowledges that Clare’s chance conversion rate must show an upward curve this weekend, although Kerry are unlikely to cough up as many opportunities as Waterford did.

“It gives us something to work on. Maybe lads took the wrong options and maybe they weren’t as clinical as they could have been. But it’s great to win and then have things to work on at the same time. There won’t be any pressure on us. Kerry will be big favourites but we think with the two games behind us and if we can improve on the things that didn’t work well for us today, we’ll hopefully be able to compete with Kerry,” he said in Dungarvan.

Clare were warm favourites to dispose of Waterford in their drawn game in Cusack Park last Saturday week. Instead Waterford almost snatched the win while Clare produced their worst display of 2014. Kelly feels that the pressure might have go to them that evening.

“I think last week lads felt an awful lot of pressure on them. This week I thought that lads were a little bit more relaxed. We were determined to play our best football and show people what we can do. I think a lot of lads did that. Without that added bit of pressure of playing at home and the pressure that was there for the drawn Waterford game, lads were able to play a little bit more freer football,” he feels, expressing the hope that the absence of public expectation might aid Clare on Sunday.

“We’re going into the game against Kerry with two championship games behind us. Today will stand to us. We’ll do the usual reflection and look at where we need to improve. Hopefully we’ll improve again for Sunday because if we’re going to compete with Kerry we’re going to have to up it again,” the now Clare veteran maintained.

West Clare native Peter O'Connell has worked for The Clare Champion for 12 years and covers everything from sport, especially GAA, news, features and has been even known to branch into the fashion scene on occasion.
@@westclarepage
Previous Clare can test injury hit Kerry’s resolve
Next Davy’s tactics raise questions