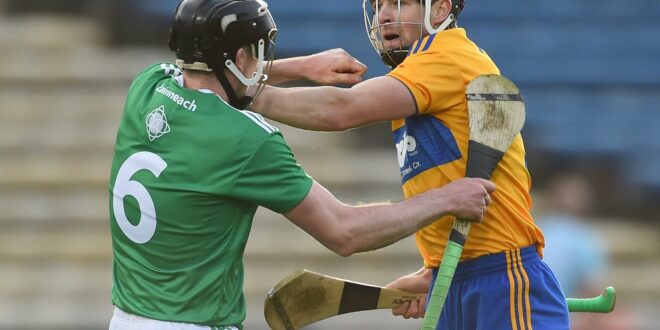 The freakish and unpredictable nature of 2020 has been evident across all facets of life, but from a Clare point of view, there was a sobering feel of reality at the full time whistle in Thurles.

It might not have been the same surrender that was witnessed in the Gaelic Grounds 12 months ago, but there was no disputing that the Banner once more had to play second fiddle to their slicker, more powerful neighbours.

Going into detail about who scored what and when almost seems like a secondary concern when the nature of the defeat raises far bigger questions than who won the game. The reality is that Clare were competitive for the opening 35 minutes but much of that was down to the fact that Limerick were yet to press the clutch to even find second gear. When they did, there was a sense of inevitability as a run of six unanswered scores after the half-time break effectively put the game to bed as the defending Munster champions moved 0-21 to 0-15 clear. Ryan Taylor’s goal did reduce the gap to the minimum approaching the end of the third quarter but it was only a brief respite as Limerick outscored Clare 0-15 to 0-6 from here to the final whistle.

A display for the ages from Tony Kelly which yielded 0-17 in an unprecedented showing was the shining light for those in saffron and blue, but it only papered over the cracks as his brilliance served as the “finger in the dam” effect to keep an relentless Limerick surge at bay for almost three quarters of the game. 0-12 of that arrived in the opening period when the sides were level at 0-15 each at the break, but the tide was not for turning after the restart. Too many basic errors and wasteful use of possession were punished with almost half of Limerick’s scores coming from turovers.

It was never going to be an easy task for Clare to get anything out of Sunday’s game, or indeed from 2020 as a whole. There has been nothing normal about how the year has unfolded, and from a hurling point of view for Clare, there has been nothing ideal about the lead in to the championship. The loss of so many key players was well flagged in advance but the stark evidence of just how much they are missed was clear for all to see last weekend. The power of Conlon and Duggan along with the pace and hurling brains of the Galvin brothers and Podge Collins would be a loss to any team, let alone one battling to stay among the contenders. It was not a case that Limerick decided to put the shoe to the floor, but the reality is that they did not have to. Clare were simply overpowered in the closing stages as Limerick picked off scores at ease. The tank had been emptied at that stage and there was nothing left to give.

Along with Kelly’s tour de force, that element of workrate is about the only positive to be taken from a Clare point of view. There is no shame in defeat if every effort is made to avoid it and in that sense, Clare cannot be faulted. On the day, there was a clear and deserving winner but it was encouraging that the battle and pride that was missing last year was there for all to see. Limerick rattled off 0-11 in the final quarter because the Banner fuel guage was in the red with a huge effort having been made to bring the game down the home straight. The simple fact is that Limerick were better conditioned to keep the intensity going, and more settled in their game plan to respond when things went wrong. That was clear to see in their response to Taylor’s goal, with six of the next seven scores coming their way to kill any hopes of an upset. When the tide started to turn against Clare, there was just nothing left to give.

The qualifier route awaits again with the gap since the last Munster title now set to roll into a 23rd year. There is no more room for slip ups, but the reality is that 2020 is not the year that anything should be judged against.