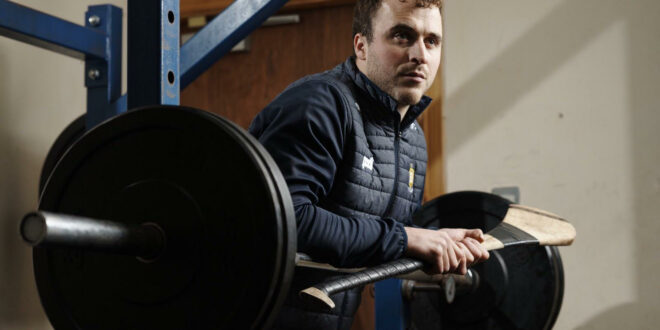 A second All Ireland hurling quarter-final in the last three seasons awaits Clare on Saturday afternoon as they make the trip to take on Waterford in Pairc ui Chaoimh.

The Banner booked their spot in the last six with an impressive win over Wexford last weekend as Tony Kelly’s outstanding haul of 1-15 was instrumental in the victory.

Having lost his place on the starting 15 for the opening qualifier win over Laois, Tubber’s Pat O’Connor put in a huge shift last weekend, including a brilliant point blank stop to deny Lee Chin a goal in the closing stages.

He outlined that the squad know a huge chance awaits in Cork on Saturday.

“It is great to be there and it is not every year you get to play in the quarter final of an All Ireland championship. We are down to the last six now and we are faced with a very good opportunity” he noted.

Saturday’s game will be a third for Clare in as many weeks, but O’Connor feels players are enjoying having games coming thick and fast, albeit at a different time of year.

“We are delighted with this. When you are looking at training during the week, you are looking at a combined total of about an hour or 90 minutes spread over the two nights because it is all about getting the body and minds right for the weekend, which has been the case now for the last few weeks. It is the same now for this weekend coming which is brilliant and everyone is really thoroughly enjoying it at the moment” he said.

The new schedule and format for 2020 meant that the county and club seasons were split, with the club scene running its course before thoughts turned elsewhere. The Tubber man outlined that having the season structured in that manner meant that players could hit the ground running quicker than in previous years.

“There is still that step up on the first couple of night back and you would be blowing heavy, but we did find that we were match fit because we were after having a good few games with the club. Some lads obviously had more of a break that others, depending on how long you had gone on in the club championship, but across the board lads came back in really good shape. That is also just a sign of the modern day intercounty player. There is no rest really and they are always looking ahead to try and improve so they can try to get those little percentage gains to keep them at the top of their game” he stated.

Both Brian Lohan and Tony Kelly referenced what they felt had been unfair commentary in the aftermath of Clare’s one point win over Laois, with both outlining that the winning momentum gained had been an important factor in the victory over Wexford. O’Connor also outlined that with so many new players trying to establish themselves on the team, it was important to grind out that result, and that the learnings from it helped in getting over Wexford last weekend.

“I had a good view of the Laois game because I was sitting on my backside up in the stand. There were times when we were very close to opening up. You also have to acknowledge that Laois are a fine team and they played well on the day. We have a lot of new guys in new positions, and those lads have only made a handful of starts. They are the lads that might only have been coming on finishing games rather than starting over the last few years so that transition takes time and they need to feel their way around how to do that and how to handle games that are being played in different scenarios. I think we looked after the aspect of it really well on Saturday against Wexford. We were facing into the second half with a cushion and playing against a gale so we used every minute that we could possibly get to keep Wexford at arms length” he noted.

A second apperance in Croke Park since 2013 is the prize on offer for Clare this weekend with a showdown against either Kilkenny or Limerick for a place in the decider awaiting the winners. O’Connor admitted that with so many quality teams left in the race for Liam McCarthy, it will not be an easy task no matter the opponent.

“It is a big opportunity for us now that we are down to the last six. There are only quality teams left in it at this stage of the championship. You could argue that Limerick are looking like they might be a step above the rest, but you would not be surprised in the remaining games to see that gap being narrowed. You could see how close Waterford pushed them for example so the quality is clear to see and as you move to this stage of the championship it is all the same who you play because they are going to be a top opposition anyway. This group recognise that we now have a great opportunity at the weekend so it is all about how we can approach that and see if we can make the most of it” he said.

Both of Saturday’s teams have come up against current All Ireland favourites Limerick this year, but O’Connor thinks that is the Deise who will have the most positives to glean from their Munster final loss.

“I would not have taken much from our Limerick game to be honest because we still lost by ten points. Regardless of how close we were at various stages in that game, we still got beaten by ten points against one of our fiercest rivals so that will never sit well with me or the rest of the group. If you were in the Waterford group this week, I know you would be sore and disappointed, but they will be able to look back on that game and take huge positives from it. They will be looking to build on those now for Saturday too” he stated.

Hopes will be high that front runner for Hurler of the Year Tony Kelly can continue his outstanding form in this year’s championship, and O’Connor, who came through the underage ranks with the Ballyea man, thinks he is hitting the form of his life at the moment.

“I have been lost for words for many years to describe the player he is, the man he is and the leader he is. From the first minute I started playing with Tony in 2010 or 2011, he has been doing the business since then. He is just in that space now of total confidence and he has such conviction in everything he is doing. He always has the quality to back it up and he is just an outstanding leader for us and we are lucky that he is one of our own” he concluded.