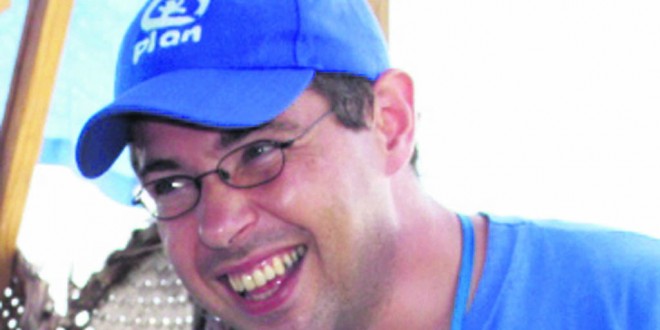 A Clare man has called for better tracing of victims of Ebola, in order to stop the spread of the disease.

Damien Queally, from Inagh, is Deputy Head of Programmes with Plan Ireland in West Africa. He is currently based in Senegal and is co-ordinating Plan Ireland’s response to the virus in Sierra Leone, Liberia and Guinea.

He was in Guinea back in March when the disease was first detected. In the past week, the death toll from Ebola topped 1,000 and the World Health Organisation declared an international health emergency. However, Mr Queally believes the reaction to Ebola has been too slow. He wants to see concrete action being taken and greater support provided to countries where cases have been confirmed.

Mr Queally believes tighter border controls and quarantine procedures would make a big difference in containing the disease but, he added, there is some confusion over whether or not the WHO plans to do this.

If it does, he said, “It would help but if it just means more talking and people waving the finger at the three countries [with the highest number infections] then that is not going to work. The three countries are out of their depth. They are doing their best. Liberia and Sierra Leone have stepped up more than Guinea but Guinea is getting there. They are trying”.

Mr Queally said he is not “lying awake at night” worried for himself but said it is possible that Ebola will spread to Senegal and other countries.

“Senegal borders Guinea. That border is hundreds of miles long. People can cross in a boat, walk through a forest. If I am in Guinea and I am feeling a bit dodgy and I don’t trust the Guinean health service because it is really poor, you might say ‘well, I’ll take my chances in Senegal’, so you hop on the back of a truck and head for a border and come into Senegal. Then you are exposing people in Senegal but I can get on a flight in Senegal because no one will know I have come from Guinea,” he explained.

Mr Queally said that while many people in the countries affected are “used to death”, the symptoms of Ebola, particularly in the later stages, are shocking and frightening for those faced with them. One of the biggest challenges faced by Mr Queally and Plan Ireland is getting information to the public in rural areas, where literacy levels are low.

“It is easy to create confusion and rumour where you have uneducated or illiterate groupings and very poor national infrastructure. Houses wouldn’t have televisions, so people don’t see news items or learn from it. We have to get out to the most remote areas and have to change the information we give and how we give it. You might do one thing on a radio and a certain audience will listen to that. You might do a billboard but if it is in writing, a lot of the adults cannot read, then you might do images but the images need to be culturally sensitive, they have to understand them and relate to what they do day to day, whether it be washing their hands, or going to the toilet, or things like that. A lot of thinking has to go into the different images for the different audiences, with different capacities, in different communities, in different contexts,” he explained.

Full interview with Damien Queally in next week’s edition.