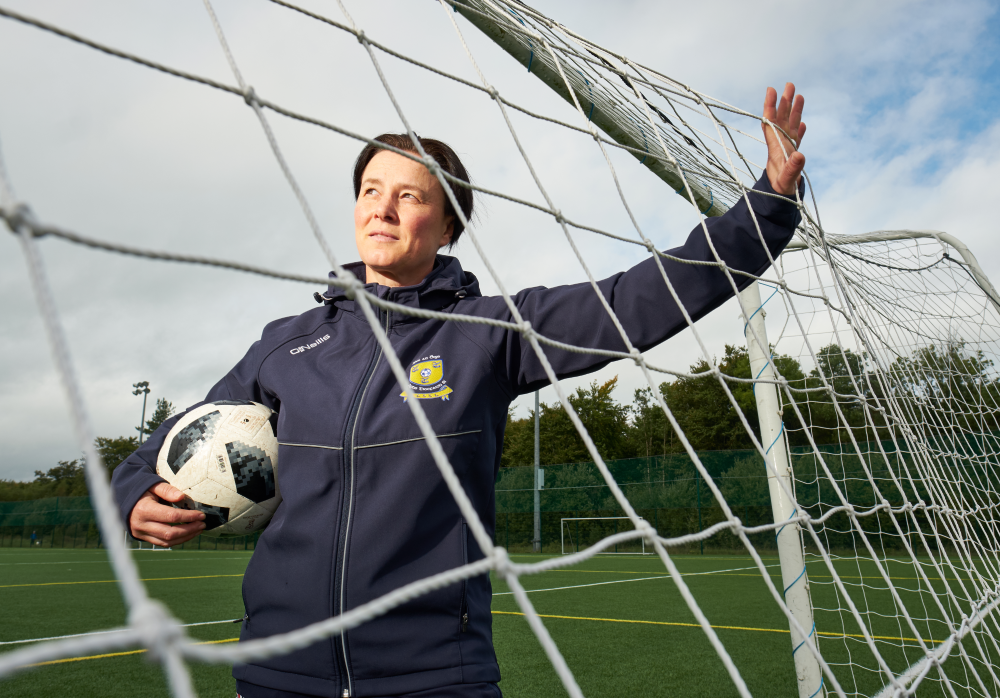 Ennis woman Irene Hehir shares her struggle with depression in the hope of helping others to seek help.

IRENE Hehir describes herself as an “everyday girl living in the town of Ennis”. She has a good life, she has a good job, she has a great family and a great network of friends, but behind it all she was struggling with her mental health.
To everyone who knew her, including those closest to her, the now 42 year old, was “Happy go Larry”, “the life and soul of the party”. Her outward life was about being seen to be “having the craic”, “being pure bould, carrying on and having a laugh”. But inside she was in turmoil.
Her parents, extended family and friends, who have always been so supportive, didn’t know any of this was going on.
In her early teens Irene was systematically bullied, and a physical assault which rendered her unconscious left her in constant fear. Although she projected a tough exterior, the bullies had chipped away at her self esteem, her belief in herself, and self worth.
Irene knows now she didn’t deal with the bullying and abuse, she didn’t confide in anyone about it and rather than letting the emotion out, she was bottling it in.
“Every time I trained or did something active I was burying it, as opposed to releasing it. I was holding onto the anger. I had built up a shell around me, it was like a protective wall and as far as I was concerned no one was going to break it. If I talked about what I was going through it showed a weakness in me and I didn’t want people to see that I had a weakness. I needed them to think I was strong so they would leave me alone. It was awful”.
The thought of suicide would regularly come into her head as a teenager but those close to her were oblivious.
“I hid it so well. No one knew. After school the actual bullying and intimidation had stopped but what happened then was I was bullying myself. I was telling myself, ‘you’re not good enough’, ‘look at you, you are going around there and they don’t realise you’re not good enough’. It was ingrained in me and I couldn’t see anything different. For me that’s all I’d listen to. My Mam would say to me, ‘You’re brilliant, you’re excellent’ and inside I’d be saying ‘but you don’t know’. It was like a constant battle with two or three people in my head, and every one of them was Irene,” she said.
Exactly a year ago, Irene “planned her escape”, but something told her don’t walk out the door. To this day she still doesn’t know what it was that kept her from leaving that day for good. Now, reflecting on the day she stopped herself and picked up the phone to Pieta House her life has changed for the better.
A light has returned and she has even learned to forgive those responsible for changing the course of her life at just 13 years of age.
In a brave move Irene has decided to go public with her story because she believes her experience is not uncommon and she wants others to know they are not alone.
“How many Irenes are living in County Clare now and going through exactly what I went through. For me it is about letting them know that they are not the only one. There is help and it only takes one minute of courage to admit it and it could just break open the window. It doesn’t have to be a certain person they talk to. Just pick someone, someone you trust and start there, start small and if it needs to go further don’t be afraid. It would have been the worst thing I could have ever done if I had gone ahead with my plan. The devastation it would have caused my family, my friends and people that know me, they don’t deserve that, and I didn’t deserve that. For me, for all the Irenes and boys as well, if my story can help one person to get help, to start enjoying their lives again then it will have been worthwhile”.
Irene’s outlook has changed dramatically, and although she still has bad days she says she has a bit of excitement and enthusiasm about herself again, something she hopes can help give others a boost.

Carol Byrne is a reporter at The Clare Champion newspaper reporting on news in the East Clare area and the arts. She also covers the courts in County Clare and has received seven national awards for this coverage from the Law Society of Ireland and a National Lottery Local Ireland national media award for Best Community Story 2019. A Masters in Journalism graduate of NUI Galway, she also holds a Bachelor of Arts from the University of Limerick in Music and Media Studies, and a Higher Diploma in Irish Legal Studies. She began her career interning at The Limerick Leader and Clare FM, before taking up a full time post at The Clare Champion in 2006.
@@Carlsburn
Previous Off The Fence With Fergie O’Loughlin
Next Shannon Gardai appeal for public to contact them first, following social media scare