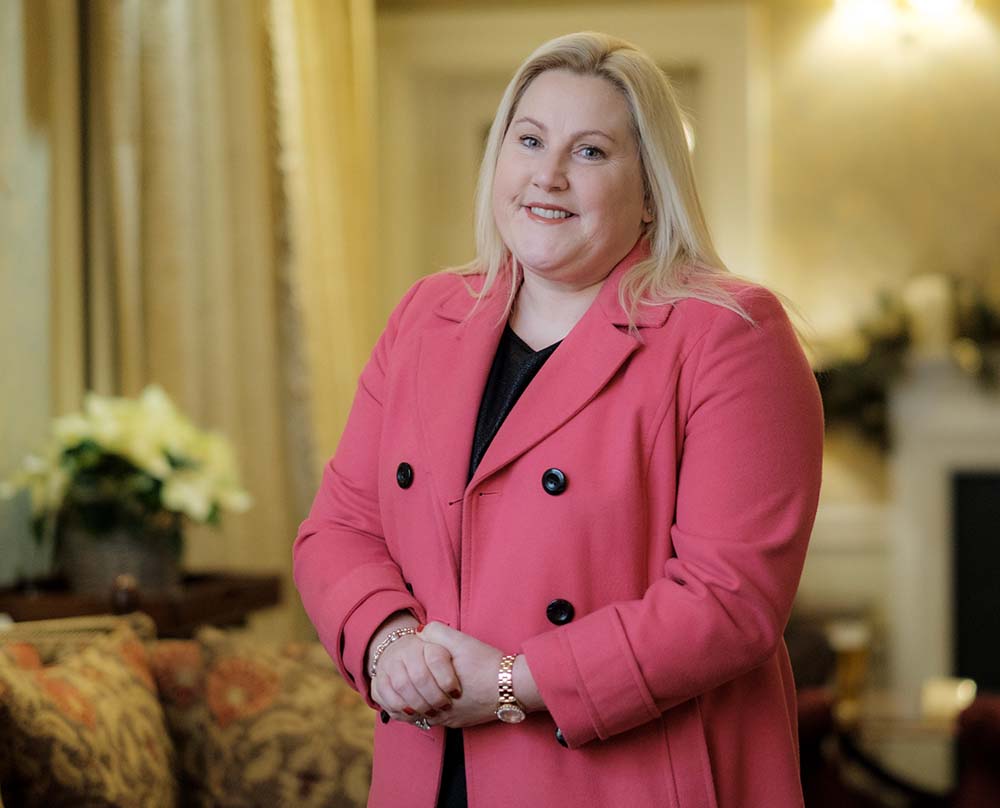 WHEN Government ministers or business leaders talk about prioritising what they call STEM, it shows a very one-dimensional view of what Irish education should be.

Such a view isn’t particularly concerned with developing people, rather with creating human units of economic activity but, thankfully, people with a more balanced view of young people are also active in Irish schools and classrooms.

Cora Guinnane is one of them, a woman who serves as chaplain of St Caimin’s in Shannon, and whose enthusiasm for what she does is very obvious. “I love chaplaincy, love it. I really believe in it. I can see the difference it makes to people’s lives. I see the kids at a different level. I would know the kids who might come to school without a breakfast or the kids where there is a bereavement or separation.

“There could be addiction, just the kids that are struggling with emotional difficulties, their well-being mightn’t be great or their mental health. I feel it’s my job to support them in school, to navigate some of the way with them.”

Resilience
She returned from a career break this year, which was spent caring for her two small children. Since coming back, she has noticed that young people’s ability to withstand the daily struggles of school has declined. “I see that kids don’t have as much resilience or coping strategies. That’s a big issue. As a result of that, a lot of kids have anxiety, low self-esteem; there can be self harm. A lot of kids don’t know any other way to cope, so they self harm.”

The self harm can involve cutting, not eating, or causing injury to themselves and often they need to be shown how to manage. “Young people have less ways of coping when the hard times come, or even when they fall out with a friend. We might think they are simple issues but they don’t know how to cope with it and that’s when problems arise. Some of them come here not knowing it’s a fixable problem. Once you work through strategies with them, even mindfulness– I really believe in mindfulness– even for them to look atthe positive things in their lives. They become fixated with the negatives. They don’t see the positive and sometimes you have to guide them to looking at a thing differently.”

Of course, social media has come to infiltrate almost all corners of life and she feels its relentlessness is making things harder for youngsters whose brains are still developing.

“I think social media has a lot to answer for. I think people are constantly on the go, there’s no down time. They’re in school, they’re on their phones, they’re listening to music, they have social media 24 hours a day, there is no stopping. Sometimes they don’t even have time to know where they’re at themselves and how they’re doing.

“If they’re doing exams, they often don’t give themselves time to see is this stressing me, what can I do to help myself? In society, time is a precious commodity. Everyone is rushing and we don’t stop enough. If it’s for a walk or exercise or to listen to music or meditation, I think it just grounds us. I think it’s really important our young people find the time for that and I feel it’s my responsibility to support them and guide them and direct them in that way.”

While there may now be more support for victims of bullying and certainly much greater knowledge of its impact, she says bullying is still a reality of growing up.

Happily, though, she feels it is not as bad as when she began her career. “There will always be some element of bullying but Idefinitely see an improvement.”

Homophobic bullying has long been a scourge, with labels such as ‘faggot’, ‘queer’ or ‘homo’ thrown out by teenagers as weapons that would cause injury and virtually no gay teenagers feeling secure and supported enough to be open about their sexuality.

Nowadays, there is more tolerance and she is involved in providing support for children who have issues around their sexuality or gender identity.

However, there is still a distance to go before schools are fully comfortable places for all. “We’re working on it; we’re getting there but I don’t think we’ve reached the point where there is no bullying due to being LGBT+. I think there’s a long way to go but we have made big strides.”

Unfortunately, she feels bullying will always exist to somedegree. “There will be a child bullied in every school in Ireland today. You just do your best to educate them.”

Supporting young people in suicidal distress is a reality of her job, which she says is “a huge responsibility”.

On a daily basis, she works at making herself available to young people who may need to talk.
“A lot of the time I’d loiter with intent, be hanging around vat break time or lunch time and they’d come up to me. Every month, I’d go around to every class and let them know there is support in the school so they’d know that I’m there. Then I run a lunchtime club twice a week, so they’d come in and out there. Often they’d come to maybe play
football but really they’re coming for a chat. They’d kind of suss you out, see what you’re like, then they might arrive at the door.

“They can self refer or if parents have concerns, they might ring me or the principal or vice-principal. A teacher or a
staff member or year head might see if there is an issue and they’d refer them on. Other kids might be worried about their friend. I might know a kid needs a bit of help but they mightn’t come to you, so you have to kind of put yourself in the right place at the right time to accidentally-on-purpose bump into them. It’s all about them knowing there is someone there through the good times and the bad.”

Faith is an important part of Cora’s life and she feels the values at the heart of Christianity are positive ones that help her support and relate to young people.

“No matter what age you are, everybody likes to be treated with a bit of love and kindness and respect. These are the values that when I meet people, no matter who they are in our school, that I would always try to embody. It doesn’t matter whether you’re belonging to a faith or not. If they see you as being somebody who is authentic, they have more respect for you.”

She finds great satisfaction in helping young people to cope and get the best out of themselves.

“I love it. I absolutely love my job. It’s a challenge at times. It’s tough, it’s busy but it’s very rewarding. I see young people blossom. They come in for first year and they might struggle but they blossom. You might have a kid who comes into you one week and there might be an issue and they’re not sure how to deal with it. Give them three or four weeks and they’re back to themselves. They’re reaching their potential and that’s all we want them to do, reach their potential.”