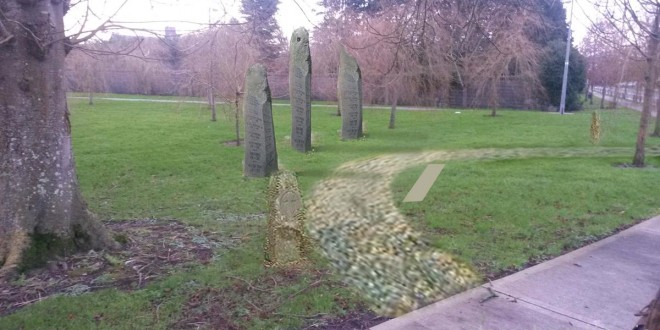 One hundred years ago today, July 28, 1914 the Austria-Hungarian Empire declared war on Serbia and precipitated a chain of events which saw most European nations in a state of war within a week.
Over the course of the following five years war raged on fronts as close as England where some south eastern English towns and cities were bombed, to the Western Front straddling France, Holland and Belgium, the Alps, Bulgaria, Greece, Turkey, Iraq and even naval battles off the coast of Chile.
By wars end, there were 16 million deaths and 20 million wounded, ranking it among the deadliest conflicts in human history.
It is beleived that as many as 7,000 Clare men enlisted in Allied forces during World War I and as many as 700 lost their lives.
As the centenary of remembrance of WW1 begins, The Clare Peace Park Initiative unveiled plans this week for a planned permanent memorial to all those who took part and lost their lives from the county in WWI.The committee plan to create a solemn space, reflecting on the soldiers’ heritage and roots in the green area on Friars Walk, which is situated across from Glór in Ennis. They plan to erect three large standing stones, onto which the names of all those from Clare who died in the conflict would be engraved.
Along with other site works, landscaping, engraving and artwork, the committe hope that they can erect a fitting memorial to finally remember, 100 years on, the sacrifice and suffering that people from the county made at that time and the many survivors and families of those who lost loved ones endured for years afterwards.
Commenting on the plan, committee chairman, Dr Keir McNamara said,“Hopefully, now after so many years we can remember this part of our county’s and country’s history with a permanent memorial. For 100 years we have relied on people in other countries to maintain the graves and memorials that contain the remains and names of Clare men and women. It is time to bring all the names together in our county in one place and include those that have not until now had any memorial.”