Holding on to 100 years of heritage

THE look of the Kilfenora Céilí Band may have changed over the years, but that doesn’t mean that the heritage of the legendary band has been forgotten.

The Kilfenora Ceilí Band’s 100-year anniversary celebrations continue next week with a series of events in the North Clare village taking place from Thursday to Sunday.

Ger Linnane, son of the legendary Kitty Linnane who led the band for 40 years, is one of the organising committee of the weekend’s festivities.

And Ger believes that there are still many similarities between the band his mother led, and the Kilfenora Ceili band of today.

“The music would be much the same, really and truly. John Lynch, who is now the leader of the present band, his father played with the old band and his uncle. They were all related in ways, there were five in the fifties band related and the rest of them were neighbours and friends who played a great blend of music. The new band are something similar,” he said.

This weekend’s festival will feature a variety of events celebrating the rich musical heritage of Kilfenora, including the launch of the Kilfenora Ceili Band’s new album Century.

“We are all looking forward to the weekend, there will be lots of musicians around and music. I would say it will be fantastic, if we get the weather now it will be fantastic. There are very few parishes in Ireland that can boast a musical tradition as long as we have in Kilfenora,” he said.

As the son of Kitty, Ger has many memories of who he describes as “the old band” of his mother’s time.

“It kind of happened in our house, I remember them all practising and getting together with my mother looking after all of the bookings. They were all very busy, playing ceilis every week, sometimes twice a week. And when they did Ceili House, which was a big thing at the time, you had to travel to Dublin instead of like nowadays when you can just record in a pub or whereever. Music was absolutely number one with my mother and she kept the band together for a long number of years. They were all fantastic people playing in the band. They were all great and they all had a great respect for her,” he said.

Events will be taking part in locations throughout the village at the weekend, featuring both well-known names and some less well known. And local school children have also got involved; they will be performing in the Square along with local musicians for an afternoon of traditional music and entertainment.

And, of course, there will be plenty of performances by the Kilfenora Céilí band themselves during the weekend.

There will be an unveiling of a plaque commemorating 100 years of the Kilfenora Céílí Band. And according to Ger, the people of the locality have been very supportive. “We have been fundraising in the community for the last couple of months, and when you’re fundraising for something right, there is never a problem,” he said.

The organisers are expecting a big turn out for the weekend. “We haven’t a clue how many people will be there, but I would say it’s going to be big. On St Patrick’s Day we have a special day for my mother’s anniversary, it’s never advertised, but the amount of people who come here is unbelievable just through word of mouth. When you have music, people will travel and we’ve had locals, strangers, everybody. But this event has been well advertised and we are sure that a lot of music lovers will turn up. We have invited past members that have ever played with the new or old band and I would imagine many of these will be here. It’s bound to be a fantastic weekend,” concluded Ger.

The centenary celebrations will continue throughout the year with a concert planned for Glór as part of the Fleadh Nua. As well as performing in céilís throughout the country, including the Willie Clancy festival, the band will be making an appearance at the legendary Glastonbury music festival in June. In August they will be heading to the Milwaukee Irish Fest in America and in November they will once again be performing on home soil with a céilí at Cois na hAbhna.

Previous Fulfilling a long-held ambition
Next Spancilhill: No recession here 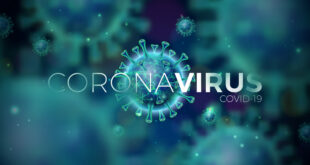