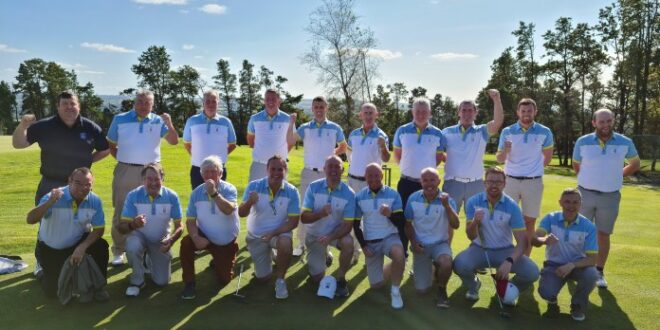 It was a weekend to remember for all at Spanish Point Golf Club and for the Hogan family in particular as the club claimed the Pierce Purcell Shield in dramatic fashion.

Less than 24 hours after his brother Michael had lifted Jack Daly as the captain of the Kilmurry Ibrickane side crowned Clare senior football champions, Patrick Hogan sank the winning putt at the sixth sudden death hole to clinch the win over Kenmare along with playing partner Sean McMahon.

The tie was scheduled to be finished the previous day, but an epic battle saw the pairings deadlocked as darkness fell, with the tournament director deciding to call a halt to proceedings until Sunday afternoon

The opening hole on Sunday was halved but it was Hogan who came up trumps to give Spanish Point their first win in the competition since 2014.

They will now go on to All Ireland finals at the end of October in Donegal GC where they will bid to make history once more after also winning that title six years ago.