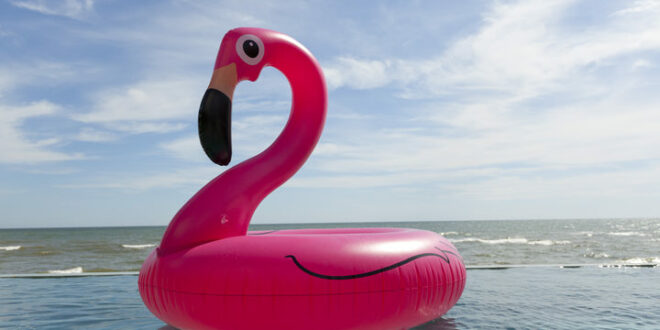 A BAN on the use of inflatable toys at Clare beaches and waterways is in the offing, as part of a review of bye-laws designed to improve safety.

Mayor of Clare, Councillor Mary Howard, proposed updating the regulations to ban the toys. She described them as being “meant for the pool in Ibiza, not Ballyalla, Killaloe or Lahinch”. The motion, which received a warm welcome at the monthly meeting of Clare County Council, comes on foot of a number of near misses over the summer months when children got into difficulties. Over the summer, lifeguards around Clare and other coastal counties, reported a sharp rise in the use of air mattresses, inflatable rings and other toys.

Councillor Howard said that despite the known dangers, many people were still buying the items because they were inexpensive and widely available. “It was just €5 in one shop last week for what was either an inflatable unicorn or a flamingo,” she remarked.

The Fine Gael member noted that there had been tragedies in other counties, as well as a number of close calls at beaches and waterways in Clare. “I’ve heard nothing good about these things,” Mayor Howard said. “I understand that up to five local authorities are preparing to ban them because of what has happened over the summer. We have been very lucky in Clare that our lifeguards advise people against using them.”

Councillor Gerry Flynn noted that while the beaches and waterways are there for enjoyment, inflatable toys were clearly dangerous. “You cannot take your eyes off kids or grandchildren – which is where I’m at – for a second,” he said. “These things are too readily available without any standards governing their use. It is time now for us to enhance the bye-laws.”

Councillor Johnny Flynn said that some people had the mistaken idea that the inflatable devices promoted safety in the water. “People seem to think these things have life-saving properties,” he said, “when we know that this is not the case.” The Fine Gael member also thanked and congratulated the council’s chief executive and water safety officer for the presence of lifeguards at Ballyalla Lake over the summer.

Responding to the debate, Chief Executive of Clare County Council Pat Dowling described the motion, which was seconded by Councillor Donna McGettigan, as “very worthwhile”.

“This gives us an opportunity to look at the bigger picture,” he said, “and to look at our responsibility around beaches and waterways. We all know of the tragedies and the accidents. In terms of the bye-laws, we probably need to take a more holistic approach. Public safety has never been more important. We need signage, regulations and bye-laws across the county to ensure safety, that is paramount.”

At the end of May, the Shannon based search and rescue helicopter and Kilrush RNLI lifeboat were involved in the rescue of a young child in the Shannon Estuary. The five-year-old was rescued from a lilo that had drifted from a North Kerry beach about a kilometre into Shannon Estuary.

The following day, a teenager was rescued after getting into difficulty in a small inflatable dingy in the waters off Seafield, Quilty.

Fiona McGarry joined The Clare Champion as a reporter after a four-year stint as producer of Morning Focus on Clare FM. Prior to that she worked for various radio, print and online titles, including Newstalk, Maximum Media and The Tuam Herald. Fiona’s media career began in her native Mayo when she joined Midwest Radio. She is the maker of a number of radio documentaries, funded by the Broadcasting Authority of Ireland (BAI). She has also availed of the Simon Cumbers Media Fund to report on development issues supported by Irish Aid in Haiti. She won a Justice Media Award for a short radio series on the work of Bedford Row Project, which supports prisoners and families in the Mid-West. Fiona also teaches on the Journalism programmes at NUI Galway. If you have a story and would like to get in touch with Fiona you can email her at fmcgarry@clarechampion.ie or telephone 065 6864146.
Previous Smartphone classes for older people in Clare libraries
Next 97% of Roche staff were redundant by May 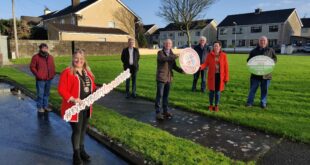