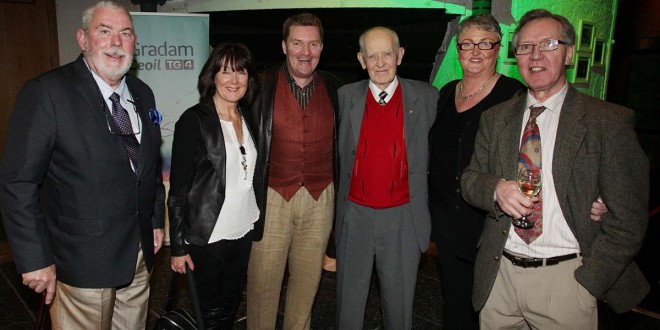 LEGENDARY concertina player, Chris Droney from Bellharbour has been honoured as the recipient of this year’s TG4 Gradam Saoil (Hall of Fame).

Chris was born in 1924. His father, James and grandfather Michael (1829-1927) also played concertina and Chris learnt by ear and parental example from the age of eight. He began his musical career by learning two tunes The Wearing of the Green and Clare’s Dragoons. 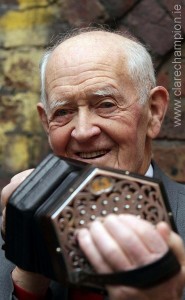 His first public appearance was at the age of 14 in Johnson’s dance hall in Kinvara for which he was paid half a crown. He went on to play in several bands and from 1956 he won ten All-Ireland medals – nine solo and one for a duet with fiddler Gus Tierney.

His son, Francis and daughter, Ann have also won All-Ireland titles on concertina. Many of his grandchildren are continuing the family tradition on concertina and some, most notably Daithí, are playing fiddle.

In 2004 his contribution to music was honoured by a CCÉ Bardic Award. He has also recently been the recipient of a Teastas award and in 2012 he received the prestigious Clare Person of the Year.

Previous Clare on orange alert
Next €200,000 fund for local museums