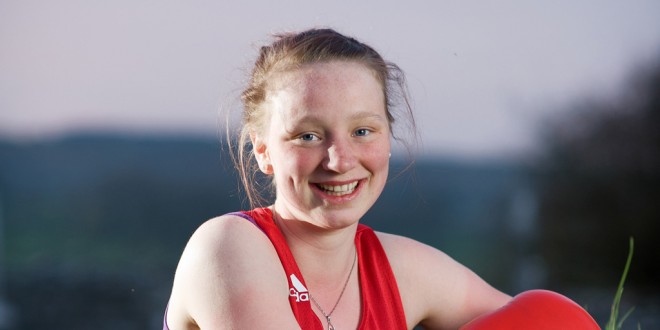 The much-heralded final, which was beamed live on TG4, lived up to its expectations, with both fighters serving up a thriller.

This one provided due recompense for the Kilfenora club and trainer, Pat McCormack, as it was in the same ring in October that the North Clare boxer lost out by the narrowest of margins in the finals of the U-22 championships.

That controversial final might well have disillusioned anybody else but McCormack comes from a resilient family and set her mind immediately on the intermediates. She was ultimately vindicated with a comprehensive points victory over Louise O’Donoghue from the Geesala club in Mayo.

Appearing live on TV for the first time seemed a little daunting for the Clare girl and her earlier right-handers were tentative but were enough to take the round and set the trend of the following three rounds.

McCormack really opened up in the second and third rounds, with her left jab finding its mark relentlessly and her big rights constantly rocking the Mayo fighter.

She built up an unassailable lead before the bell went for the fourth and final round. It was not all one-way traffic in the fourth but try as she did, O’Donoghue never threatened the dominance of the Clare girl.

McCormack will now join the Elite performance ladies squad and will have a couple of internationals in the new year but, at 18, she may well decide to wait another year to contest the national seniors, where current Olympic champion Katie Taylor holds the lightweight title.

Studies could well dominate the coming months as McCormack is a first-year student in Thurles College and only this week was awarded a boxing scholarship by the college.

Things certainly cannot get much better for the younger sibling of former heavyweight champion John, who gained much prominence for the Kilfenora Club under Ollie Markham in the ’80s.