Home » News » All in a Fludde for Limerick flood relief 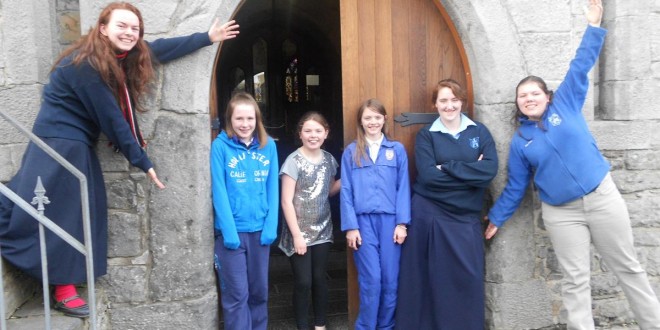 All in a Fludde for Limerick flood relief

SIX performers from South-East Clare are raising their voices to support a relief fund for a community devastated by flooding in Limerick City.

Deana Crowe, Alexandra, Eda and Rebecca Kiely from Meelick, Meabh Nolan from Ardnacrusha and Sinead O’Donnell Stolz from Cratloe are all performing in a community opera to raise funds for St Mary’s Parish – Flood Relief Fund.

Deana Crowe said, “We’re nervous and excited as it is much a larger production that we realised and there will be over 350 people at each performance but it has been great for my confidence and I’m glad I am part of it.”

Eda Kiely said, “My teacher, Cecilia Madden at Ardscoil Mhuire in Corbally encouraged me to audition and I’m delighted I did as I’m really enjoying it and it’s a great experience”.

Musical director, Peter Barley said it was important that this community opera was mindful of the recent flooding in their own locality. The opera follows the biblical tale of Noah and his family and their quest to save every creature on the planet before the great flood descends.

Based on the text of an early 15th Century play, the musical drama is brilliantly scored for adult and young voices and is regarded as one of Britten’s finest works.

Set against the atmospheric backdrop of the landmark 12th Century cathedral, it is directed by Joan McGarry, most recently acclaimed for her production of Lend me a Tenor at The Lime Tree Theatre in Limerick.

The Dean of St Mary’s, The Very Rev Sandra Pragnell said, “ This is the first ever full scale opera produced by S. Mary’s, which has been so close to the creative heart of Limerick for centuries.”

Donations can also be made by cheque to St Mary’s Parish – Flood Relief Fund”and sent c/o St Mary’s Parish, Athlunkard Street, Limerick. This appeal is made with the support of  Bishop Trevor Williams and Dean Sandra Pragnell.