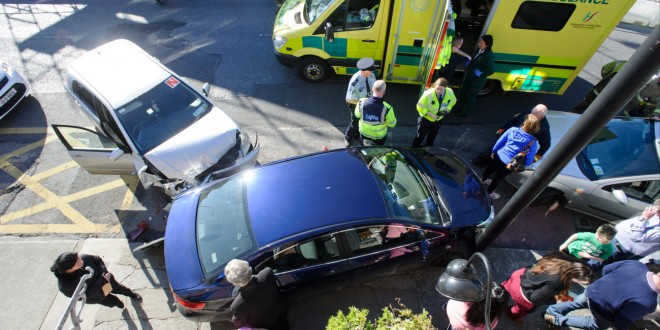 A general view as emergency services deal with the scene of an incident outside Taylors in the Market, Ennis. Photograph by John Kelly.

TRAFFIC was blocked for a period of time in the Market in Ennis this afternoon, after a crash which involved five vehicles.

While an ambulance was present at the scene, a Garda spokesman said that there were no serious injuries.

The incident occurred at around 3pm, when a Toyota Corolla came off the road and struck a Toyota Avensis, which was in a parking space right in front of Taylor’s pub. The Avensis then struck a vehicle in front of it, and the knock on effect resulted in another two vehicles being damaged. Both the Corolla and the Avensis were very badly damaged, but the impact on the other vehicles didn’t seem to be anywhere near as serious.

Speaking to the Champion shortly after the incident, the owner of the Avensis said she hadn’t been in the vehicle when the crash happened. “I was above around the corner and we heard an unmerciful bang,” she commented.
The woman was quite emotional and she said that while she loved her car, things could have been more serious. “It could be worse, that’s life, I’ve no control over it and thank God there were no kids in the car, normally they’re with me.” 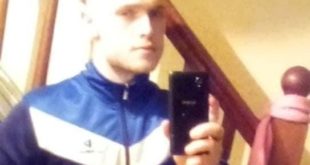