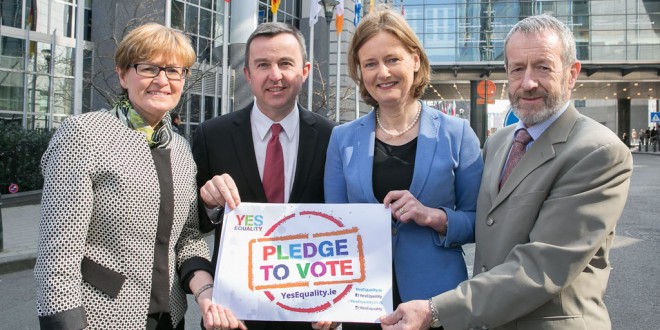 Fine Gael MEPs are calling for a Yes vote in the upcoming Marriage Referendum. On May 22, Ireland will become the first country in the world to put same-sex marriage to a popular vote.

They reiterated Ireland’s strong record when it comes to defending human rights and promoting equal opportunities for all citizens, including the LGBTI community. The European Parliament has made extraordinary progress in the advancements of anti-discriminatory laws for LGBTI citizens across Europe, they said.