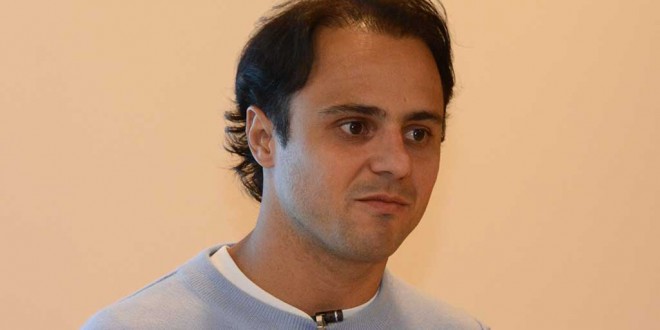 Williams and ex-Ferrari Formula One driver, Felipe Massa, at Shannon this week. Photograph by John Galvin.

Following a tour of the new state-of-the-art workplace located in Westpark Business Campus, Genworth staff based in Shannon and those travelling over from Europe, Latin America and China had the opportunity to attend a question and answer session with Felipe Massa before the driver showed off his skills on a Formula One simulator.

“Felipe Massa’s visit has been a resounding success thanks to his passion, and the enthusiasm of Genworth’s staff. Felipe is a proven race winner, with 11 wins and 36 podiums to his name, and for a driver as passionate about his work as Felipe, team spirit, excellence and integrity are as much a part of his professional ethos as they are for Genworth,” said Bob Brannock, president, international protection, Genworth.

“Our new Shannon-based International Business Centre supports the needs of over three million customers around the globe and employees working in Shannon come from 17 countries, speaking 16 languages. Our partnership with Williams Racing mirrors this global footprint. The first year of this successful partnership has given us a powerful worldwide platform to connect with new global audiences. It has also ensured client engagement opportunities through the extensive coverage and profile that Formula One receives globally.”

Felipe Massa said, “It was great to visit Genworth in Shannon so soon after the new office was officially opened by An Taoiseach, Enda Kenny. It was interesting to learn about how the local technology, product development, finance, compliance, operations and human resources teams support Genworth’s international clients across Europe, Latin America and Asia.

“The people I met were very enthusiastic about sport and technology and the leisure and training facilities in the centre are second to none.”